The new U.S. Bank Stadium in Minneapolis was projected to be paid for through tax revenue through the end of the 2020s. However, as it turns out, gambling revenue in the state of Minnesota has raised so much money that the stadium may be paid off early, which will save hundreds of millions of dollars in interest payments for the state. 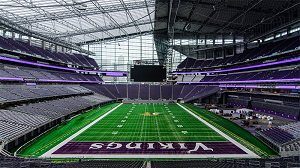 The stadium, because of its location in Minneapolis, needed to be enclosed. The average temperature in the area in January is 22 degrees for the high and 6 degrees for the low, which makes playing football very difficult. The Minnesota Vikings, the state professional football franchise, play in the stadium. They have been playing in domed stadiums since 1982, when the team played in the newly constructed Metrodome.

By the 2010s, the Vikings asked the state for a new dome to play in, because the Metrodome began to have problems with its structure. The dome collapsed during a heavy snow event in the 21st century, and there were issues with the walls and stands in the stadium. The state was reluctant to spend additional money for a new stadium at a time when the state was struggling financially. However, when the Vikings began to talk about leaving, the state got nervous about losing their team, and decided to fund a new stadium. The state approved funding for a new stadium in 2012. The U.S. Bank Stadium was projected to cost $975 million. The cost was to be split between the Vikings, the state, and the city of Minneapolis. 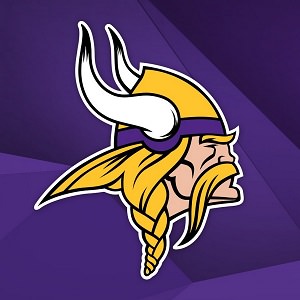 The Vikings began as an expansion franchise in 1960. The team was named the Vikings in order to reflect the Scandinavian heritage and culture in Minnesota, whose settlers were mostly from Sweden, Norway, and Denmark. While the Vikings were abysmal at the beginning of their tenure in Minnesota, they have gotten better. The team boasts one of the highest winning percentages in the National Football League, and is one of only six teams to win more than 15 games in a season. While the team has been to six Super Bowls, they have never won one.

The Luck of the Gamble

The state’s portion of financing the new stadium came from gambling. The revenue from gambling alone has been enough to pay off the state’s portion of the building. In its recent report, the state declared that corporate taxes would no longer be needed to help defray the costs of the building. In addition, the state is projecting that the reserve account the stadium has to pay for costs of maintenance and repairs will be at $193 million by 2021.

The bulk of the gambling revenue has been in pull tabs, which is a form of lottery gambling. Pull tabs are the most dominant form of charitable gambling sales in Minnesota. Pull tabs are an alternative to scratch off tickets. On a pull tab, the ticket does not consist of painted layers, but instead, the tickets consist of layers of paper that the gambler pulls open to reveal whether or not he or she has won a prize.