Some members of the public have come together to draft a gambling petition they intend to submit in the 2020 general election. This petition comes as revitalized efforts by the group to have gambling legalized and licensed within Nebraska City. Ho-Chunk Inc., a representative of Winnebago tribe of Nebraska, put the announcement of the constitutional amendment forth.

Nebraska Horsemen also joins the organizers of the petition in their plight. The group aims at having gambling on horse tracts legalized, licensed and regulated by the city’s authorities. The constitutional amendment will see expanded gambling legalized, with two new laws to control and monitor gambling activities in Nebraska.

The group’s efforts are a second time such a petition has been presented to the Secretary of state for consideration after previous attempts of the same failed in 2016. The last constitutional amendment was unable to meet the threshold of verified signatures to have the petition included in the 2016 general election. The failure was a blow to the campaign committee, under the umbrella of Keep the Money in Nebraska. The committee argued that gambling would turn in a lot of revenue that will help in the management of the city.

The organizers said that gambling money from Nebraska is being used to fund and operationalize other states. The committee noted that many people, due to the restrictions in Nebraska, are going to other cities to gamble. The flaw in the city’s laws, or the absence of the same, they opinioned, is seeing the city lose a huge opportunity to cash in on the massive gambling industry — the campaign intended to regularize gambling laws and regulations and have casino gambling legalized in Nebraska. The legalization of gambling, they argued, will enable the state to monitor all gambling activities, collect revenue, and keep everything in check.

Lessons from the past

Revamped and having learnt from their initial failure, the organizers are prepared to collect and verify the required number of signatures. Astonishingly, the organizers had delivered 120,000 signatures of people who were backing the petition. Unfortunately, about 42,000 signatures were declared invalid by the state. The failure to capture the required number of verified signatures of people supporting the amendment was a blow to the group. The organizers are prepared to get over this hurdle in their current petition to have it included on the ballot in 2020. 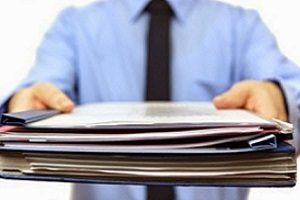 The road to having the petition included on the ballot box in 2020 general election appears treacherous and uncertain. The organizers of the petition are up to the challenge and are determined to see gambling legalized, licensed, and regulated in Nebraska.