New Jersey was the state that sued the federal government for the right to legalize sports gambling. It argued that as a sovereign state, it had the right to control the commerce in its state, and the Supreme Court agreed. New Jersey was one of the first states to open up sportsbooks barely 2 months after the ruling. While all of these signs point to New Jersey becoming a free and open market with regard to gambling, that does not appear to be the case.

Recently, the New Jersey Division of Gaming Enforcement has banned one of the most profitable and well-known odds sites and reference platform, OddsShark. The DGE said that they chose to ban the website because it promotes illegal or unauthorized internet gaming and sports betting, as well as legalized sportsbooks in the Garden State. 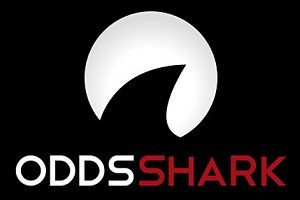 OddsShark was one of the first truly unbiased odds platforms in the marketplace. In a way, OddsShark was a one-stop shop for everything from picks for sports bets, to betting trends, to thenews. Not only did bettors enjoy the site, so did fans and media outlets, as OddsShark regularly posted the odds on all the major league teams, NCAA teams, boxing, and UFC/MMA. In addition, unlike other sites, OddsShark had listings for prop bets, those bets people like to make for fun. An example of a prop bet is which movie will win the Oscar for Best Picture this year. With their searchable databases, OddsShark became a fan favorite.

OddsShark also provided information and recommendations for sportsbooks, all over the world, so fans could make educated decisions about where to place their money. In a country where no one was allowed to play, any single-game sports bets unless you were lucky enough to live in Nevada; OddsShark rated sportbooks so fans could play safely.

Prior to May, when the Supreme Court made its ruling, New Jersey had no problem with OddsShark giving the thumbs up to illegal websites and legal websites in the state. However, regulators of the gaming market in New Jersey were unhappy, because OddsShark continued to write about all sites, not just New Jersey-sanctioned ones. Illegal and legal betting sites were listed together, with no way for bettors to tell which was which.

The New Jersey Office of Attorney General said in a letter to OddsShark that they could resume publicizing in New Jersey, as long as they stopped rating unlicensed and unregulated sites. However, at this time, OddsShark has no intention of changing its ways, because that is how it has made money. The platform is known for its databases of teams and sports, as well as its rating system for legal and illegal sites alike.

In addition, at this time, New Jersey is one of a handful of states that have legalized gambling. OddsShark’s platform is used all over the United States and Canada, so right now; it is in OddsShark’s best interest to continue to do business its own way.

However, as more states come on line both with online gaming and sportsbooks, OddsShark may find it increasingly difficult to survive in a market that tries to block it from rating all the sites it wants to. Eventually, this epic battle is likely to end up where all of this haggling started in the first place—the court system. The courts at the state and federal level will most likely get a crack at this case before it ends up in the Supreme Court.