It is no secret that gambling can sometimes bring out the worst in people. When the stakes are high, people can sometimes get so enthralled with the huge jackpot that they will do anything to get the money in their possession and keep it. Illegal gambling rings are also more common than some may think. Law enforcement is cracking down on many of these operations, and those in charge of the illicit gaming rings pay for their crimes.

Recently, a couple in Pensacola has been ordered to give up almost $6 million. The couple made money while facilitating illegal bingo games. The news comes from a release from the Northern District of Florida U.S. Attorney’s Office. 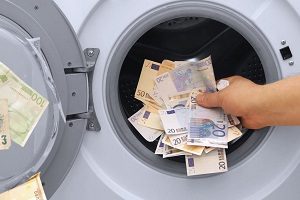 In February 2018, a federal jury for running an unlawful gambling business and money laundering convicted Larry Masino, 68 and Dixie Masino, 66. Mr. Masino is from Gulf Breeze; his wife is from Pensacola.

The couple had been running the bingo games for years before being caught. Between 2006 and 2015, the Masinos received over $20 million from the illegal bingo games they were running at Racetrack Bingo, their business in Fort Walton Beach. The pair, as well as their three children, kept $5,813,584 of the profits from the bingo games.

Recently, M. Casey Rodgers, a U.S. District Judge, signed off on a forfeiture order. The order will require the Masinos to return the money. The couple will also have to give up the three houses they bought using the money from their illegal business dealings.

Statutes for the state of Florida state that bingo game operators have to return all money from bingo games to players, but the money must come in the form of prizes. Instead of doing this, the Masinos came up with a scheme in which charities sponsored the bingo games and paid Racetrack Bingo a fee to hold the games at the facility. The couple constructed the system to make it seem as though the charities were hosting the bingo games. However, a large part of the proceeds from the games went to Racetrack Bingo. Some of the money also went to the Masinos personal accounts in the form of profit distribution payments from their business and salaries.

Judge Rodgers wrote in her order, “Although both Defendants attempt to minimize their conduct by arguing that Racetrack Bingo was a small family business, ‘largely patronized by little old ladies seeking an evening’s entertainment,’ Florida law and the (Illegal Gambling Business Act) clearly prohibit a noncharitable business from conducting bingo games and profiting from them, regardless of whether that business is run by a family or a national organization.”

The Masinos remained in business together after their divorce in 2009. They will be forced by the court to give up a home worth $262,500 at 4125 Baisden Road in Pensacola. The Masinos will also have to forfeit a condominium on Pensacola Beach and an additional property in Gulf Breeze. The order will be included in the final judgment when the Masinos receive sentencing. The sentencing will take place on March 25 at 1 pm.

The US. Attorney Lawrence Keefe for the Northern District of Florida states “This multimillion-dollar forfeiture order delivers a powerful message to lawbreakers who would try to reap millions destined for legitimate charitable organizations. Thanks to the outstanding work of AUSA Forbes and her investigative team, these criminals will pay for their misdeeds.”