Sports gaming has become a very popular news item, and many states are looking at the legalization of gambling. However, there are many officials in the federal government who would like to regulate sports gaming. They want to focus on online gambling and the access teenagers have to it. 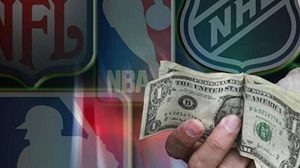 Since the 1990s, because of PASPA, the only state allowed to have single sports betting was Nevada. The Professional and Amateur Sports Protection Act banned single sports gaming nationwide.

However, gambling began to grow in popularity in the United States, and casino gambling was leading the pack. States began to increasingly agitate for the ability to decide for themselves whether to allow sports gaming. New Jersey, which wanted sportsbooks for its casinos in Atlantic City, sued the federal government. The U.S. Supreme Court ruled in May that the federal government can’t restrict the rights of states. They can decide for themselves whether to pass laws that allow gambling.

The Concerns of the House

Republicans in the House of Representatives have had a desire to pass new federal regulations on sportsbooks. They have concerns about how each state would regulate the sportsbooks. The largest concern was about advertising. They want to know how states would advertise sports betting and where they would advertise it. In addition, the representatives had questions and concerns about minors being targeted by online platforms. They also had concerns about match-fixing and which teams or individual players could find themselves involved in the activity. The United States has seen its share of gambling scandals in sports. The most infamous scandal was the 1919 Black Sox scandal. This led to the suspension of nearly all the members of the Chicago White Sox. The team members took bribes to throw the 1919 World Series.

Congress is only now beginning to review information related to sports gaming. In the meantime, New Jersey, Delaware, Pennsylvania, Mississippi, and West Virginia have all passed sports gambling laws. It is now legal to bet on sports at race tracks or casinos within these states. All of the states have legalized both amateur (college) and professional sports teams. There will soon be a handful of states passing some form of this legislation within the next year. And, many experts believe there may be as many as 20 states that will have legalized sportsbooks by 2020.

Several industry representatives and social agencies testified before the Congress. The position of the gambling industry is that legalization of sportsbooks will allow the government to regulate the industry. Currently, estimates of the amount of money Americans spend on illegal sportsbooks every year are at more than $40 billion. Some experts believe it could be as much as $150 billion. The position of industry representatives is that if the government regulates the industry, the states will be able to claim revenue and regulate the businesses. In addition, if the government regulates sportsbooks, it will also allow for integrity companies to guard against match-fixing. The regulation of sportsbooks would also give consumers protections they do not have under illegal gaming. Much of the illegal gaming business is offshore.

Some gambling industry experts have argued against it. However, some consumer agencies said that unless there is federal regulation of gambling, offshore operators will continue to thrive. The illegal operators, representatives argued, are taking advantage of gamblers in the United States. And, there isn’t any revenue flowing into the U.S. that the country could use to protect consumers from unscrupulous operators. In addition, regulating online gaming appears to be the natural course for the U.S. since online gaming crosses state lines.