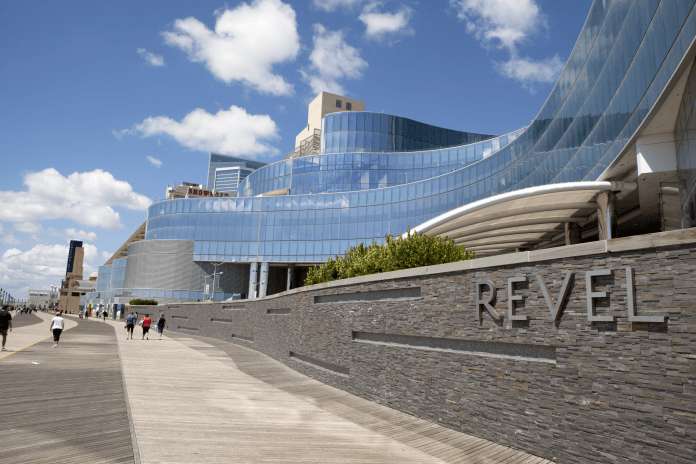 It’s been three years since the troubled Revel Casino in Atlantic City closed its doors. Since then, there have been many rumors about its sale, all of which have been denied by Glenn Straub, the Florida developer who owns the property. The shuttered boardwalk resort casino is again the subject of gossip. Reports have been circulating that paperwork has been filed by Ten RE ACNJ LLC for it to be sold.

Straub continues to deny any knowledge about a deal and insists he has had no conversations with anyone from the company, which has links to the Colorado developer Bruce Deifik, about the filing.

Several media outlets reported last week that AC Ocean Walk LLC, another company linked to Deifik, had filed paperwork regarding the sale of Revel with the Atlantic County clerk’s office. However, interestingly, no selling price was specified, and, in fact, the notice remained unsigned.

The Notice of Real Estate Settlement that had been lodged was dated Oct. 30, and lists the purchaser of Revel’s site, 500 Boardwalk, as AC Ocean Walk LLC. The seller is listed as Polo North Country Club, which belongs to Straub. According to the state’s business records, AC Ocean Walk is controlled by a commercial real estate firm, Integrated Properties, which is based in Denver. This company aided in the development of North Las Vegas’ Lucky Club Hotel and Casino.

Despite the paperwork, Straub is adamant the latest media interest has made a mountain out of a molehill. Speaking to the Philadelphia Inquirer, he denied signing anything and implied “screwballs” were coming “out of the woodwork.”

This is just the kind of statement you might expect from Revel’s owner, who has an unusual relationship with the local media. He delights in keeping the press guessing about his future intentions for the casino.

Revel was once a resort with a 150,000-square-foot casino floor, 55,000 square feet of retail space, almost 1,400 guest rooms, two nightclubs, 13 restaurants, several swimming pools, and terraces that overlooked the ocean.

Various concepts have been floated for the resort, including using it as a ropes obstacle course and an indoor bicycle track. Straub has also missed several self-imposed deadlines to reopen the property as a hotel without a casino. He blamed the local permitting and zoning agencies for his failure.

Straub bought Revel, which had been valued at $2.4 billion, a few years ago at the bargain price of $82 million after it declared its second bankruptcy. Originally, he intended to reopen the casino with the name “TEN.” However, after local regulators demanded he undergo the necessary probing to gain a gaming license, he launched an appeal against the ruling that has kept the property sitting under wraps for the last three years. Straub is arguing an already licensed third party will be running the gaming operations at TEN, and, therefore, he should not have to submit to the ruling made by the New Jersey Casino Control Commission. He has also rejected the obligation of the casino to pay the fees that are designed to improve the city’s safety and cleanliness, and sued the state saying that because his resort is not currently a casino, he should not have to pay into the PILOT program.

It’s not surprising the businessman from Florida has made very few friends since buying the property. Numerous government officials, including New Jersey’s governor and Atlantic City’s mayor, have made no secret that they hope he sells the property.