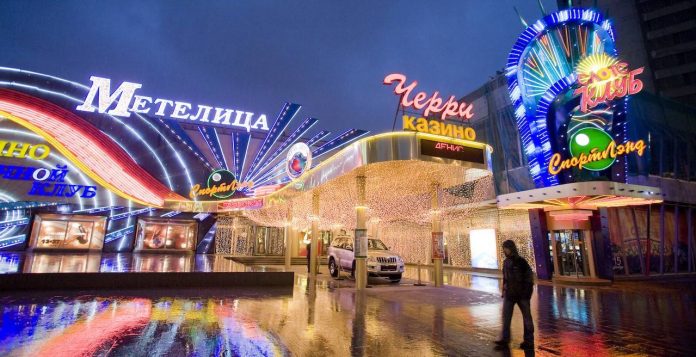 Primorsky Krai, which sits on the border of Russia and China, is poised to possibly become a gambling hub to rival Macau. It has also become a boon for both developers and gamblers. Several casinos have been built or are nearing completion, and the region is hoping to attract gamblers from Russia, China, Japan, and Korea.

And, because of its location, Primorsky Krai can offer gamblers a closer journey than Macau, which is at least eight hours away for those in northern China or Russia. Those who travel to Primorsky Krai can expect a two- to three-hour trip from the minute they board an airline until dedicated limos whisk them to the casino. The area is in the Primorye Integrated Entertainment Resort Zone, one of five zones in Russia where gambling is permitted. 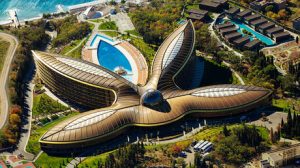 The first casino in the zone is Tigre de Cristal. Opened in late 2015 with Phase One of its operations completed, Phase Two is scheduled to open in 2022. The resort currently features a hotel, casino, and spa.

However, by the end of 2018, Tigre de Cristal will have two hotels — one four-star and one five-star luxury hotel for high rollers. In addition, the casino will have 1,300 slot machines, 110 gaming tables, and more than 125 VIP gaming tables for high rollers. A shopping mall, restaurants, additional nightclubs, and more spa space will be added. The total cost is estimated at $1 billion.

While Tigre de Cristal is the first casino in Primorsky Krai, it will be joined by as many as seven. The second casino in the area is currently in the planning and early building stages.

CJSC Shambala was recently given the green light by the Russian government to begin construction of its nearly $150 million investment in the Primorsky Krai region. The new resort is expected to contain nearly 200,000 square feet of gaming and entertainment space.

Plans are to build a 270-room five-star hotel for high rollers, as well as a high-end gaming floor, with 500 slot machines and 50 gaming tables geared toward wealthy gamblers. Interestingly, the Shambala company owned a resort and casino in the Crimean Peninsula until it was closed after the Russian government took over the area in 2014.

At that time, each casino operating in the area was given $100 million for their losses, and the Russian government promised to consider awarding them a casino license in a new area if one became available. It is possible the granting of the license in Primorsky Krai is the fulfillment of that promise.

NagaCorp has become a major player in the region and has plans to build a casino of its own. First, the company has signed on to create a high-speed railway between Primorye and the northern Chinese city of Mudanjiang, which will allow gamblers to have quick access to the region’s casinos.

With many casinos in the area in the planning stages, it is clear that Primorsky Krai is set to aggressively market itself as a gambling hub to rival the high-roller attractions of Macau.