Scientific Games Corp. has signed a deal with the Ontario Lottery and Gaming Corp. to continue to supply the company with scratch-off games.

The American company, which is based in Las Vegas, has been involved in the lottery business since 1974. It intends to supply the Ontario Lottery with different types of scratch-off games, such as Scrabble, a scratch-off version of Words with Friends, and lottery games featuring the popular American TV show “The Walking Dead.” Scientific Games’ new contract expires in 2022. 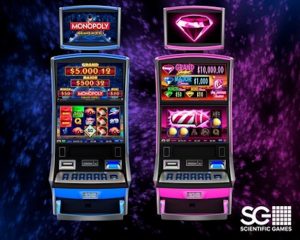 Scientific Games Corp. was founded in 1973 and patented its first scratch-off ticket in 1974. The company, which originally focused only on lottery tickets, such as those printed on site, has since diversified into different sections of the industry. First, there is the largest section of the company, which not only works with state and national lotteries to guarantee the safety and security of the tickets that are printed out at convenience stores but also to create diverse and fun scratch-off tickets, which are usually unique to each state. The company also operates some hybrid games, as well as interactive games, where players have to enter codes or numbers from their tickets on a computer screen to win.

In addition, the company operates pinball machines and arcade games. Some of the arcade games and pinball machines date back to the 1970s, but the company also has many younger ones. The company has a stake in the video game industry as well, and that allows players to interact more intensely with the games. Scientific Games Corp. has social casino games as well, which means that players can play casino-like games online and through social media for prizes.

Other States and Countries that Use Scientific Games

Scientific Games Corp. is used by many different countries and states. In Ontario alone, it is estimated that the lottery and gaming industry has given $47 billion to Ontario in the form of tax revenue since 1975. This is one of the reasons the company was signed to another contract. In addition to Ontario, the company has also recently signed a contract with the state of Kentucky to make its scratch-off games for the next eight years. Scientific Games has the sole license to print both Powerball and MegaMillions lottery tickets in the United States, which are the national lotteries that are played in 40 out of the 50 states. Scientific Games reports revenue of nearly $3 billion.

With all the celebrations of Scientific Games, there are some who criticize the company for two reasons. First, they say that although Scientific Games has done a good job maintaining the safety and security of its games, the company is large enough to be considered a monopoly because it has business interests in video games, arcade games, interactive games, and lottery games. That means there is very little competition from any other company.

In the capitalist system, competition is seen as good business. In addition, Scientific Games Corp. has been criticized for its lack of transparency with regard to the security measures it takes to guarantee the safety and security of the lottery. The reason people play the lottery or use scratch-off tickets is because they believe they have a chance of winning. If the public feels the games are rigged, the company and the states stand to lose profits or revenue.

Despite the criticism, Scientific Games, with the signing of the Ontario contract, is poised to continue its tradition of scratch-off and lottery games, as well as profitability, for the foreseeable future.