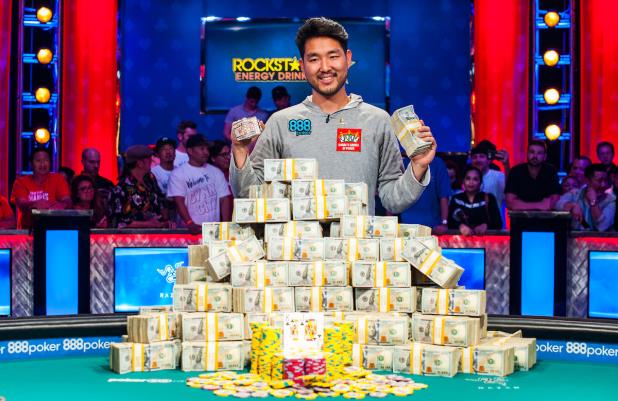 On Sunday, John Cynn went head to head against Tony Miles in a record-breaking ten-hour marathon session at the final table of poker’s most prestigious tournament at the Rio All-Suite Hotel Casino in Las Vegas.

This year’s World Series of Poker $10,000 No-Limit Texas Hold ‘Em Main Event, drew over 7,800 poker players from all over the world, and was witnessed by millions of eager fans online.

This year marked the 49th year of the history of the tournament, with experts claiming it to be the largest ever. Tournament participants risked the $10,000 buy-in to play, with some players managing to establish lower buy-ins through associated satellite competitions. 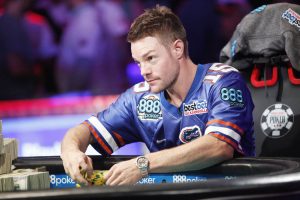 The two finalists, Cynn and Miles, played nearly 200 hands against the other, but it was Cynn’s final king of clubs and jack clubs, which gave him the better hand for the win against Miles’s queen of clubs and eight of hearts. Miles proceeded to go “all-in”, and the river came up king of hearts, king of diamonds, five of hearts, eight of diamonds and four of spades.

Surrounded by a cheering crowd, the 33-year-old Cynn pulled off a miraculous win, and took home a whopping $8.8 million in prize money and a WSOP champion bracelet.

“Right now, I do feel pretty overwhelmed,” said Cynn. “The money is very significant, but I do like to think that I don’t need the money to be happy, but at the same time, practically, it’s going to make things a lot easier, things I want to do in life.”

Miles did not walk away empty-handed however, and was able to leave the final table with $5 million. Michael Dyer came in third place and won $3.75 million in prize money.

The total nine finalists were each guaranteed at least $1 million, and respectively represented the US, Australia, France and Ukraine.

All the way to the grand stage

Cynn, an Illinois native, is not new to the WSOP scene. He had placed well and cashed-out in a series of poker tournaments prior, but without question, this WSOP finish is the biggest win of his career.

Although last night’s Main Event was Cynn’s biggest professional poker win, it was not his first WSOP tournament. Just two years ago, he managed to place 11th at the WSOP Hold ‘Em Main Event, winning $650,000.

Both Miles and Cynn had played phenomenally well throughout the tournament, and Miles even managed to bluff Cynn off the better hand earlier during their marathon session.

Cynn took about three minutes before folding, despite having the statistically better hand. The broadcast revealed he had two pair, with a pair of threes on the board.

However, the roles were reversed as Miles lost after Cynn called his bluff after going “all in” on the final hand.

Cynn reached the final table with the second-most chips of $128.7 million against Miles’s 238.9 million chip lead, the highest recorded for a WSOP Main Event.

With the win, Cynn now joins the ranks of poker greats like Amarillo Slim and Stu Ungar with his new WSOP Main Event Winner bracelet, and after a grueling 10 days of play, can rest easy knowing that he has a little extra “pocket money”.

With his father as one of the many spectators in attendance, Cynn grabbed his head in disbelief as the winning hand was announced, while a teary Miles congratulated Cynn, hugged supporters, thanked them and left the stage.

Cynn told reporters that his winnings will be “life-changing”, but he does not have any immediate plans to spend it as of yet.