Mississippi Gulf Coast casinos are leaping into sports betting. As soon as the U.S. Supreme Court ruled the law against sports betting was unconstitutional, Mississippi was prepared to begin sports gaming. The Mississippi Legislature had already passed a bill in 2017 that would legalize sports gambling in anticipation of the High Court overturning PASPA.

The Silver Slipper Casino Hotel is now prepared to join the other five Mississippi casinos and offer sports betting to its customers. 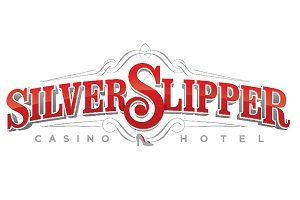 The Silver Slipper Casino Hotel has been in operation since 2006. It replaced another casino that was destroyed by Hurricane Katrina in August 2005. Because Katrina had destroyed every boat on the Gulf open to gaming, the Mississippi Legislature said casino boats could build on the land. The Silver Slipper has 130 rooms and 30,000 square feet of gaming space. It has 961 slot machines, with 28 table games and a keno parlor. Customers can choose to eat at a buffet, a 24-hour café that resembles a 1950’s diner or a restaurant with fine-dining options.

Currently, all the casinos draw customers from the state of Mississippi. Some also come from the New Orleans metropolitan area, which is a few miles from the Mississippi state line.

While New Orleans is a large city, it does not have much in the way of gambling institutions. The city, however, sits within a huge football area. There is an NFL team, the New Orleans Saints, and college teams, such as LSU and Southern Miss, nearby. Thus, it would be a great market for sports betting.

The casinos along the Gulf Coast and the Mississippi River have been racing to open sports-books before the NFL season begins. The area is a mecca for football fans. This has been made all the more important because the Louisiana Legislature failed to pass a bill that would have legalized sports gaming. The bill never made it out of committee, which angered many lawmakers. They believe that by not legalizing sports gaming, the legislature allowed casinos in Mississippi to gain an advantage over those in Louisiana. Louisiana has riverboat casinos and a land-based casino in New Orleans.

The senators who support the bill said because it failed, the legislature will have to wait until January to begin passage of the bill. However, the bill will still have to be approved by every parish to become a law. 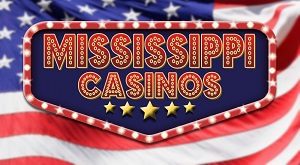 There are approximately 30 casinos operating in Mississippi. Eighteen of those casinos are along the Mississippi River, near the state lines between Mississippi and its neighboring states to the north.

Casinos have been an economic boom to the state of Mississippi. Last year, 8 percent of the revenue from the casinos went to the state. Of that revenue, all but $3 million of the revenue went automatically into the general fund. Local municipalities where each casino is located also receive a percentage of the tax, about 4 percent.

It is expected that with the additional revenue from sports gaming, the state of Mississippi will see a revenue increase.