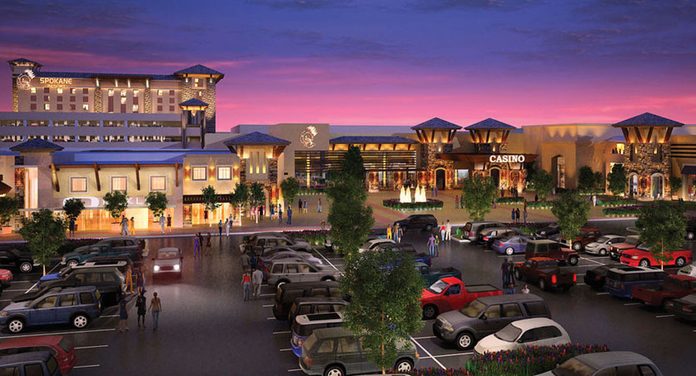 After 12 years, the Spokane Tribe has finally gotten its much-anticipated casino. The casino is located in Airway Heights, and the tribe has high hopes the investment will bring in funds that will greatly assist in the growth of its community as a whole.

Delays and Filing of Suits

Although the Spokane Tribe can celebrate the opening of its long-awaited casino, there have been many hurdles the tribe has had to overcome to get there. Back in 2006, the tribe experienced a significant decline in revenue after other tribes opened casinos nearby. The tribe then attempted to have this changed by reaching out to the Bureau of Indian Affairs (BIA). The tribe requested permission to build a resort off the reservation and on the Airway Heights property instead.

Although the project was finally approved by Washington’s Gov. Jay Inslee and the U.S. Department of the Interior (DOI) in 2014, things quickly took a turn for the worse. The DOI was sued by the state’s county commissioners because they were concerned the location where the casino was to be developed was too close to Fairchild Air Force. The Spokane tribe would also be sued the Kalispel Tribe because its members did not want the Spokane Tribe constructing a casino close to its casino.

A Piece of Home

One of the great things about the Spokane Tribe’s newly built casino is the area of land it sits on. It is a historical area for the tribe. They have fought battles on the land since the19th century.

“West Plains is where we fought one of our few wars in 1858, the Plains War,” says Carol Evans,” Spokane Tribe chairwoman. “And so, coming full circle, we are back in our historical homeland, opening a casino. It is a very historical and important day for our Spokane tribal people.”

The ultimate goal for the tribe and its casino is to help the Spokane community grow. The tribe hopes the gaming establishment will increase the unemployment rate, which is at 50 percent right now, by opening up jobs and other opportunities for tribal members. The tribe also hopes the revenue will help go toward a variety of programs within its community, including college scholarships, clinic expansion, and cultural program expansion.

What’s Next for The Tribe?

The casino initially had two stages. The first was to open the casino. The second is to have a 1 million-square-foot hotel-casino complex completely finished by 2026 that will consist of a 300-room hotel and convention center and a dining area. The casino in Airway Heights consists of 450 slot machines, 12 gaming tables, an outdoor plaza, two restaurants and a few bars.

Although the Spokane Tribe has succeeded in its goal of opening the casino, it still has kept other local communities in mind. Ultimately, Evans says, the tribe plans to work with various business groups and local governments. She emphasizes that the region will flourish as a whole from the casino’s success.

As for the new casino, Evans says the tribe was persistent and refused to give up.

“It’s been a lengthy process, but our tribe has been here forever,” says Evans. “We have always been a people of strong will. We are always people who will stand up for our rights. We always knew that we will prevail.”