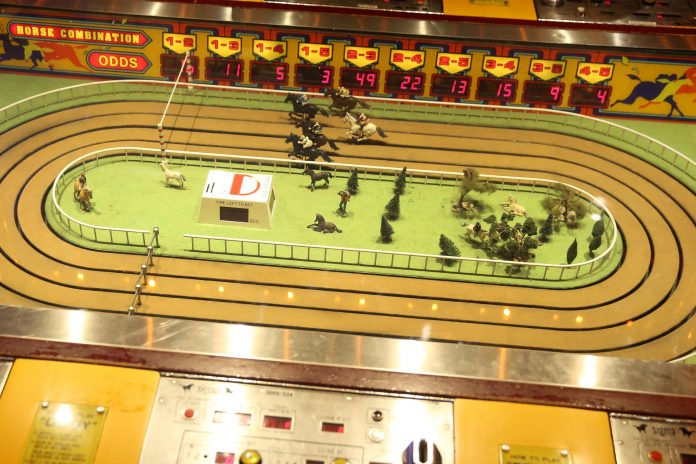 In order to attract the Millennial generation, experts say, casinos have to have the newest, latest technology. Millennials crave the modern — not the retro. However, one casino in Las Vegas is experiencing a huge boom in Millennial customers. And, it is all because of a machine that first appeared in the 1980s. The D Las Vegas Casino is seeing large crowds, all waiting to play the Sigma Derby horse racing game. Their usual wager? Twenty-five cents. 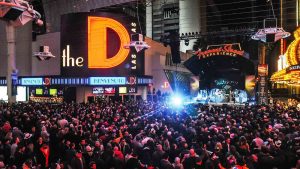 A developer built the D Las Vegas Casino in 1980. It has gone through several names and changes as it flitted in and out of bankruptcy. Some of its prior owners faced money laundering charges and criminal indictments for their mob connections. Two brothers from Detroit bought the D Casino. That’s how it got its name. The brothers changed the casino’s décor from a “luck-of-the-Irish” theme to a mid-century modern theme. The D now offers touches of black, red, and silver. The casino is near the end of the Fremont Street Experience, which is in downtown Las Vegas. The D has 34 stories and 638 rooms. It has 42,000 square feet of gaming space, with more than 1,000 slot machines and 22 table games. The D is the tallest building in downtown Las Vegas.

The Modern and the Not-So-Modern

For its mid-century modern feel, the D has some of the latest in modern gambling technology. D Casino was the first casino in Las Vegas to accept bitcoin for payment. Customers can pay for hotel rooms, restaurants, and gift shops with the cryptocurrency. D Casino also has expanded sports gambling by allowing people to view and bet on a variety of martial arts. Muay Thai tournaments have proven to be very popular, and many gamblers have placed bets on the outcomes. Also, D Casino has incorporated technology into its play. The casino has a video screen on its exterior so people can look at the keno numbers all the time.

With all the modern conveniences, some of the biggest buzz is about the casino novelties on the second floor. The D has a second-floor gambling spot that is not found anywhere else in Las Vegas. In its Vintage Vegas casino, The D has many coin-operated machines to play slots and reminisce about the old days. However, its most popular machine is not even a slot.

Although Sigma Derby is the most popular slot in the casino, there is a problem. The company that made it folded in 2003 after nearly 40 years in business. Because Sigma Derby has a miniaturized racetrack with small horses, it has a lot of moving parts. Those moving parts are not so easy to replace. The only other casino in the country that offered Sigma Derby, the MGM, had to close it in 2018. Although the D Casino has been picking up spare machines for parts, eventually, there will be no more spare parts. When that happens, it will be a sad day for Sigma Derby fans everywhere.