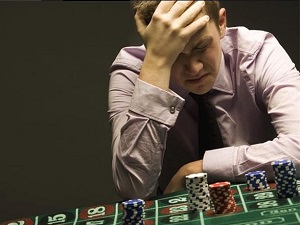 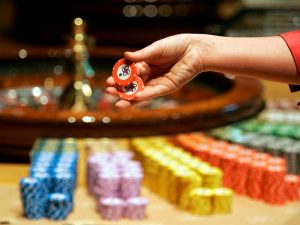 Researchers estimate between 1 and 2 percent of the British population are problem gamblers or addicted to gambling. In the United Kingdom, there are around 400,000 people who might be addicted to gambling. The research defines problem gamblers as people who cannot stop gambling on their own. There are signs that someone might be addicted to gambling. A gambling addict might gamble with larger and larger sums of money. The more he or she spends, the more excited he or she will become. He or she may chase a win. In other words, the person throws money into gambling to try to win back what he or she has lost. Gambling addicts also gamble even though it has negative consequences for them: lost jobs, divorces or even arrests. They also lie about their gambling.

The ongoing study began in 2015 and continues to look at the behavior of thousands of gamblers. The study found there was a cycle of depression and gambling, which may be an explanation for suicidal thoughts. Researchers found even when they corrected for additional problems, problem gamblers were more likely to commit suicide. The study filtered out additional issues gamblers might have, such as depression, drug or alcohol abuse and financial problems. Problem gamblers were still more than three times as likely to think about suicide or commit suicide.

The study is part of research by the U.K. government and GambleAware. Researchers studied what types of gambling were the most popular, and which ones seemed to be more addictive. The researchers asked the participants questions about when and where they gambled, and how frequently they played. They hope that by researching gambling behavior, the government can develop programs to help problem gamblers.

What the Study Found About Suicide

In addition, the study found the suicide rate jumped dramatically when paired with other issues. Combining problem gambling with family problems, financial issues or job loss led to a higher suicide rate.
The researchers pointed out in the discussion section that the government must create a plan of action for gambling addicts. They believe the government should put some of the money received from casinos into gambling treatment programs. Addicts who have demonstrated they need help should receive treatment. There are very few long-term gambling addiction treatment centers in the United Kingdom, according to the researchers. They also noted that medication and therapy, as well as avoiding triggers, are important for problem gamblers. They found gamblers who received medication and therapy along with behavior modification were more successful. They reported being happier than problem gamblers who didn’t receive any help and continued to gamble.
Gambling is a great form of entertainment for some. But, for others, it’s a life-threatening disease.