According to the American Gaming Association (AGA), there’s new research that confirms that nine out of 10 customers (90%) who visit United States casinos are responsible gamblers.

The leading lobbyist group for the gambling industry in DC states that the research findings come from two pools that were conducted in the latter part of 2018. The polls were presented by the Mellman Group and BrandOutlook. The Mellman Group polled 1,000 adults who were registered votes to get their opinions on gambling. BrandOutlook took a pool of 2,014 gamblers and asked them about responsible gambling practices.

Poll results indicated that 90% of casual gamblers establish a budget for themselves before going into the casino or getting on the betting floor. This same percentage of individuals stated that they were successful in sticking to their self-imposed limits. In addition, 80% of people who are casual casino patrons and 90% of people who visit the casino regularly said they knew about programs and resources for responsible gambling.

What Executives Are Saying 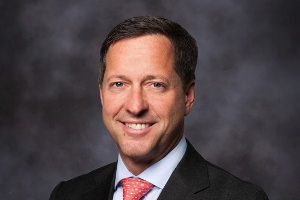 Bill Miller is the new CEO of the American Gaming Association. He assumed the role in January and stated that the poll results were encouraging. Miller asserted, “Responsible gaming is our industry’s top priority. This research indicates that our unwavering commitment to responsibility is resonating with our customers.”

The poll also indicated that 60% of Americans feel that casinos help the local economy. Eighty percent say that the gaming industry has helped to create jobs and 88% of those who took the poll think that gambling is an acceptable form of entertainment.

The Issue with Problem Gambling

Even though Miller is optimistic and applauded the recent gambling polls, he agrees that there still some issues with gambling. In terms of problem gambling, the CEO stated, “this key area will never mean our work is done.”

The National Council on Problem Gambling (NCPG) states that two million adults in the United States, which is around 1% of the population, fit the description for compulsive gambling. Between 2 and 3% of American adults, or four to six million people, are classified as problem gamblers. The organization says that there is a difference between these two classifications. Problem gamblers “do not meet the full diagnostic criteria for pathological gambling, but meet one or more of the criteria and are experiencing problems due to their problem gambling behavior.” Other traits of problem gambling include being constantly preoccupied with gambling, needing to gamble as much as possible and feeling physical sensations that reduce self-control when it comes to gambling. 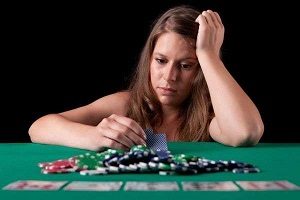 According to the National Institute on Alcohol Abuse and Alcoholism, 27% of people who are 18 and older engage in binge drinking every month. The institute also revealed that more than 15 million adults in America have an alcohol use disorder.

A study conducted by the University of Iowa found that nearly 6% of the population in the United States have compulsive buying disorder.

Sex addiction is another compulsive issue that affects those who are addicts. An addiction to sex is known as a “persistent and escalating patterns of sexual behavior despite increasing negative consequences.” The condition affects 12 million people, according to the American Association for Marriage and Family Therapy.

The Future of Gambling

There has been a significant expansion of commercial casinos over the past 10 years. This comes after state governments are seeking new options for gambling that is socially and psychologically safe for gamers.

In 2011, Massachusetts made commercial casinos legal. The casino features one of the most in-depth responsible gambling programs to date. The state also has a Responsible Gaming Framework, which requires casinos in Massachusetts to include GameSense Info Centers on the gaming floor. Last year, the Massachusetts Gaming Commission stated that there was no measurable increase in problem gambling rates in the region.