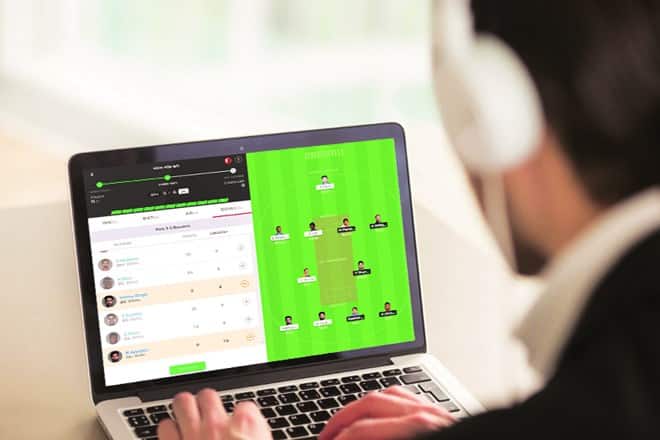 Reports indicate a recent craze and trend amongst India’s gambling community-Online gaming. Dubbed the “it” thing by a majority of India’s populace, there is a surge in subscription and use of online gaming platforms. The upsurge in online gambling is a result of a combination of factors, which continues to draw a lot of gambling fanatics to their use. Fantasy sports, or simply e-sport, are the major attraction to the massive gambling fan base in this country.

The online gaming platforms have been in existence for some time now, although there has been a surge in their use in the last three years. An increase is the result of the creative and revitalized efforts by the gambling companies to be more attractive to the users. The growth is a result of the massive funds the companies get from international venture capitalists’ partners.

Within only three years, there has been an incredible increase in fantasy gamers in India. In 2016, the numbers of fantasy gamers were a paltry 2 million, but the current number is a staggering 20 million.

The online betting platforms are shared by various stakeholders, all-fighting for a share of this ever-increasing market base. The most influential and prominent e-sports gaming platform is Dream 11. Dream 11 is the largest shareholder of the online betting platforms, controlling 90% of the Indian e-sport market. Dream 11’s valuation jumped to an impressive $1.1 Billion, following funding from Steadview Capital, an international venture company. The assessment made the Tencent-backed startup India’s first ever gaming unicorn. Dream 11 achieved the feat of unicorn status despite paying players accounting for only 15% of its over 51 million user bases.

Dream 11 does not seem to be scaling down its influence, but is on an upward trajectory. The company recently signed a three-year deal with the Board of Control for Cricket in India Premier League. The 120-crore worth deal gives gamers the exclusive option of betting on a player’s performance. Dream 11 came into existence in 2012, a product of Harsh Jain and Bhavit Sheth.

Other vital players are having a share of the digital betting platforms. The Mobile Premier League has recently thrown their hat into the ring, founded by Kiran Garimella and Shubhan Malhotra in 2018. Since its inception, the Bengaluru-based company amassed 10 million users in only eight months. The platform is currently ranked position one app by Google Play Store India in the ‘Casual’ category. Other remarkable companies riding on the wave of online gambling include HalaPay and BalleBaazi.

Currently, there are about seventy e-sports operators in India. Compared to only a handful of companies that existed only three years ago, you can see just how this market has grown. Most of the online platforms offer players play-for-free option, with the entry fee for the paid games as low as 10 Rupees. The top prize money provided by the companies ranges from a few hundred rupees to a massive ’10 crore. Many of the gambling firms have the endorsement of the Indian cricketers. The barking by the cricketers, has given the firms an enormous boost in popularity and use because of how common cricket is in India.

Reports show that an increase in internet penetration and reduction of data prices is projected to see an increase in fantasy gamers. The projections place the number of prospective fantasy gamers at 100 million by the end of 2019. A joint report by IFSG and KPMG indicates that the market value of online gaming will scale $5 billion within two years. It seems like the future is bright for fantasy gamers and the respective emerging and already established e-sports companies.