The Arizona Department of Gaming has been busy lately. The state agency completed its second-largest gambling bust in less than two months in Phoenix earlier this month. Even though the authorities conducted the raids in two different areas of Phoenix, they are very similar. Both illustrate the problems with the gambling law in Arizona.

The Interesting History of Arizona Gambling 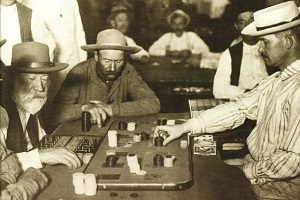 Arizona had gambling halls in saloons before it was even a state. In fact, there were more people gambling in the famous Western town of Tombstone than there were residents. In the 19th century, poker was the game of choice in Tombstone. Gambling continued in Arizona until there was a call for social reform in the early 20th century.

In the past, the money made from gambling was welcome in the state. However, Arizona has gradually become one of the most restrictive states in the country with respect to gambling. In fact, Arizona has an interesting history of gambling. There are no commercial casinos in the state. However, there are Native American casinos. They are legal because they fall under federal jurisdiction. The Indian Gaming Regulatory Act gave tribes the power to build casinos on their lands beginning in 1988.

The Native American casinos in the state are thriving. But horse racing and dog racing are on the decline. Arizona banned dog racing in 2018. And, now, only two horse tracks remain. The state approved a lottery in 1980. However, the state has chosen to remain stagnant on sports betting or daily fantasy sports.

The first raid represented old-school gambling. The Arizona Department of Gaming received a tip about illegal gambling at Toso’s Sports Bar & Grill. The investigation took seven months to complete. The bar and grill had two types of gambling going on at the same time. First, there were employees inside the business who were taking the money and issuing payouts for sports bets. This portion of the scheme was fairly simple. They would collect bets and money, and the bar patrons would return for their payouts.

The business had illegal gambling machines as well. The machines, video terminals, allowed patrons to play slots and poker. While some states allow people to gamble for prizes, these machines were taking in cash and paying out cash. Authorities found a significant amount of money at the business, and the Department of Gaming seized it. There were a handful of arrests. In addition, the bar owner faces the loss of his liquor license. The state could charge the suspects with Class 5 felonies.

The Department of Gaming also raided two other businesses at the same time. These two businesses, both billiard halls that cater to the Asian population in Phoenix, represent a new gambling industry. The two businesses were both taking bets on Dragon Games. Dragon Games are a relatively new phenomenon in the Asian community. The game is a multi-shooter fishing game. It allows players to shoot fish when they put money into the game. Each fish is worth a certain amount of points. The person who has the most points wins the game and the cash. The game first appeared in China and has made the rounds throughout Asia. In addition to Arizona, there have been raids of Dragon Games in California and Canada.

This raid was more profitable than the first one. The authorities seized more than a million dollars from the two billiard halls. The men arrested at the billiard halls face significant jail time and the loss of their business licenses.