Joseph Merlino, also known as “Skinny Joey” was living a glamorous life, at least, in the eyes of other middle-aged gangsters.

After serving the majority of a 14-year prison sentence due to racketeering, Merlino, a known crime boss, moved from his native Philadelphia to a Boca Raton suburb in South Florida.

According to the Miami Herald, Merlino moved into a $400,000 townhouse in what would be considered a “cookie-cutter” community. He told the Herald that he was now working on carpet installation and had survived 25 hits on his life when he was regularly involved in mob activities.

However, Merlino’s troubles were not completed.

After catching up with one of his old mob friends at a cigar bar, Merlino found himself serving another jail sentence, this time for only four months. In August 2016, Merlino was of the 46 mobsters accused and implicated in a huge racketeering scheme that spanned the eastern seaboard, according to prosecutors.

The Manhattan US attorney’s office made claims that the Philly, Genovses, Gambino, Lucchese and Bonanno crime families worked together on the scheme.

It was later revealed that a key witness may have been mishandled by two FBI agents. After this, a number of the men implicated were offered plea deals for lesser charges. The men chose to plead guilty.

Merlino, who has been known for “courting” the media, went against the trend and in January, his case went to trial. The proceeding ended in a mistrial due to a deadlocked jury. Merlino’s attorneys brokered a deal instead of retrying his case. In April, Merlino, 56, ended up pleading to a single gambling-related count. Recently, he received a two-year federal prison sentence. 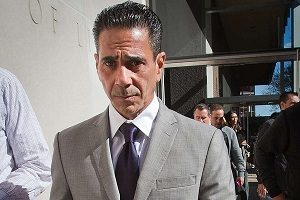 Merlino was asked if he wanted to comment when leaving the courtroom. He said no, and focused on the nearby water fountain. When Merlino left the courthouse, he offered his opinion on mob informants who cooperated with police to land him back in jail. Merlino quipped, “President Trump was right. They need to outlaw the flippers.”

Merlino’s sentencing is more than just the end of a high-profile case involving the mob. His upcoming prison time could also speak to the decline of the Cosa Nostra, which has been occurring for quite some time. The Sopranos-like organized crime mob still exists in certain elements, however. Surprisingly, mob life is still romanticized by some, despite the violence and death associated with it.

The Decline of the Mob

The days of John Gotti’s flashiness are long gone. Gotti was nicknamed “The Dapper Don” due to his opulent Brioni suits, and the glitz and glamour of mob life is depicted in movies like “Casino.” In contrast, Merlino decided to wear a knit hoodie when he stood trial.

The legalization of gambling, which is one of the mob’s biggest industries, has left a number of men unable to make a substantial living. John Meringolo, one of Merlino’s lawyers, stated to the New York Post “for what’s left of what they do, this would significantly hurt their bottom line, if not completely destroy it. If there’s no gambling there’s no core business.”

Former federal prosecutor Kenneth McCallion, who served years ago and investigated possible ties between Donald Trump and the mafia, told the Guardian that mobsters were experiencing identity crises by the early 1990s. McCallion states, “We would pick up on wiretaps, or from sources, that the culture of organized crime was so eroded, some of the members would have to watch TV or movies to see how wise guys walked and talked. So, that was kind of the beginning of the end.”

Meanwhile, families that had gotten into the mob, started to lose interest in the lifestyle. This required mob bosses to strengthen their groups by searching out new prospects.

It is likely that Merlino’s imprisonment could cause further deterioration of what is left of the mob in Philadelphia.

McCallion told The Guardian “what it triggered would be a power struggle within the organization” when asked how mob leaders usually end up in jail or prison.