The largest gambling companies in the United Kingdom are offering the government a substantial increase in the revenue paid to avoid a regulatory crackdown. These companies, including the likes of Bet 365, Coral Ladbrokes, Skybet and Bet-fair are offering to increase the levy on profits from 0.1 to 1 percent over the next five years. That is a tenfold rise all to avert regulations into the most significant gambling market on the continent. That would mean an estimated 120 million euros each year to the government coffers.

Fear of the gambling commission

The open bribe comes after an initiative from the United Kingdom gambling commission, which recently stated they require more staff and funding to the tune of 70 million pounds. The commission is conducting an ongoing investigation on the way the industry handles problem gambling. The result is widespread action on online firms and senior management in the key firms. Jeremy Wright, the secretary of State for digital, media, and culture, stated online operators should be careful of ignoring their duty to protect their customers. They ought to understand the potential consequences of doing so. The commission is taking action against individuals responsible for these failings. There are personal licenses holders who have had to surrender their licenses while others are facing court summons. Rather than fuel their oppressors, the gambling firms understandably prostrated themselves in front of the government to avoid further persecution from the gambling commission.

Letter to the DCMS

The letter to the department for digital, culture, media and sport detailed their increase of the levy and a review of the concept and tone of the types of ads that would be eligible for public viewing. An industry insider told media outlets the decision came from the gambling industry’s panic. It feels it is on the precipice. There is a possibility it could go the same way tobacco and alcohol went. They are so muzzled; it is almost as if they are invisible within the sports scope. The letter mentioned the dedication of the gambling firms to protecting the youth so the practice would not become unmanageable in the coming generations.

Governmental opinion on the matter

Jeremy Wright is of the opinion gambling companies needed to step up by making more of their revenue available for research. He also wants firms to take a more significant interest in the victims of problem gambling. He has referred to a substantial package that government officials considered by individual representatives. He endorsed the fact the industry is taking notice, it needs to do more to help some of its vulnerable customers. He is not the only one who is outraged about the matter. Tom Watson, the Labor Party’s Deputy Leader, is not as enthusiastic about the offer. He is a critic of the gambling companies, and he suggested the introduction of a gambling ombudsman from the labor party if they were successful in the coming general election. It is one of several policies the leader said he would introduce to reduce problem gambling in the country, including banning of betting with credit cards. 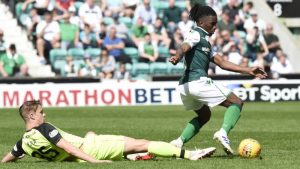 The sentiments against gambling within the United Kingdom come from elements such as the gambling commission and the key political figures. They have reason to worry because the alcohol and tobacco industry went through the same regulations. The result was their depreciation within the market to the point they are not allowed sponsorship on media advertisement by recognized organizations. Of course, alcohol and tobacco have a large customer base, so they do not have to worry too much. People will always drink and smoke. Gambling, on the other hand, is a different thing. Online platforms are still relatively new, and so it is much easier to stifle the practice.