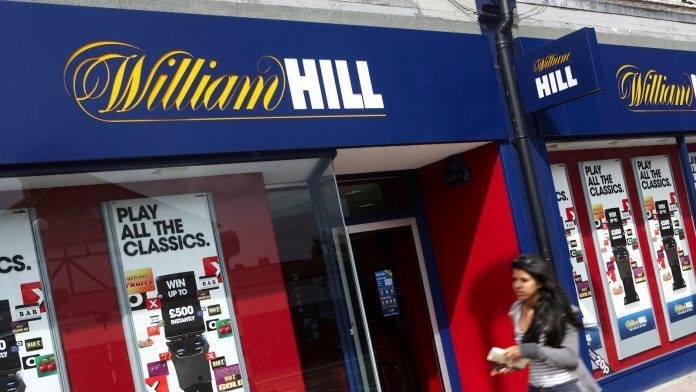 William Hill and Fan Duel, two of the largest online sports betting operators in the industry, have moved into the New Jersey market just in time for the start of the U.S. college football season and a mere week before the NFL blows the starting whistle on the 2018 professional football season.

The giant sports books opened online sports betting operations in New Jersey just in time to tap into what has long been the most bet-upon U.S. sport, football.

In light of the U.S. Supreme Court ruling in the case of Christi vs NCAA, which over turned the Professional and Amateur Sports Protection Act of 1992 (PASPA) earlier this year, the floodgates holding back legalized sports betting in the U.S. have been opened wide. The ruling, which determined PASPA to be unconstitutional, left the doors open wide to individual state legislatures to legalize sports betting as they saw fit. New Jersey, as the plaintiff in the suit, was well positioned to do just that, and passed legislation legalizing sports betting, both in the form of sports books at Atlantic City casinos and online sports betting state wide, almost immediately after the ruling.

The Borgata Casino in Atlantic City was the first to launch a sportsbook in the state, the first in the United States to be opened outside Nevada, a state which had been exempt from the prohibition against sports betting enshrined in PASPA. They were quickly followed by DraftKings, the Boston based fantasy sports contest provider, who partnered with Resorts Casino and utilized its casino license to release a web based and mobile sportsbook accessible state wide. PlaySugarHouse.com also quickly added a sports book it its existing online New Jersey casino.

The move by Willian Hill and FanDuel makes them the fourth and fifth major players to enter a U.S. sports betting market that is projected to be worth some $124 billion by 2022. Analysts are also optimistic that the brand recognition that comes with William Hill and FanDuel entering the market could quickly make New Jersey become the largest sports betting market in America.

Willian Hill is one of the oldest names in sports betting, having launched in the UK back in 1934. Listed on the London Stock Exchange with a market capitalization of $2.3 billion, the company quickly cornered the Nevada sportsbook market, which had been the only legal game in town for decades.

Moving to capitalize on the U.S. Supreme Court ruling opening the doors on legalized sports betting, William Hill initially partnered with three Delaware based casinos as key logistics partner. Delaware was the second state to step up and legalize sports betting after PASPA was overturned.

The company then set its sights on New Jersey, opening up a sportsbook at Monmouth Park Racetrack as well as the sportsbook at the newly opened Ocean Resorts Casino in Atlantic City. Both moves gave the Willian Hill brand a solid East Coast footprint in the burgeoning sports betting industry.

Intent on being one of the first movers nationwide, William Hill has also partnered with 11 casinos in Mississippi and one in West Virginia and has announced in a press release that the company was “also in discussions with operators about sports betting deals that would cover a further fourteen US states.”

The fantasy sports contest provider FanDuel is also actively attempting to expand its footprint in the U.S. sports betting market. After becoming a household name across the country in 2015 for its fantasy sports contests, thanks to a major nationwide television advertising push, as soon as PASPA was overturned FanDuel lept at the chance to get a piece of the legalized sports betting market pie.

The company, which is a subsidiary of the massive Paddy Power Betfair plc, one of the world’s leading international sportsbook operators, quickly partnered with Boyd Gaming, who operate 29 casinos in 10 different U.S. states. Boyd Gaming will use the technology developed by FanDuel to power its own branded online and mobile sports betting sites while at the same time, as part of the deal, FanDuel will be allowed to operate online and mobile sportsbooks under its own brand in the places Boyd already possesses gambling licenses.

To further increase brand awareness, FanDuel also sponsored the Meadowlands Racetrack. Lying just outside Manhattan in east New Jersey, the Meadowlands, which opened in the 1970s, has long been a famous local icon and now sports the FanDuel name.

The company now plans to expand its content offerings nationwide to position itself to take advantage of individual states as they move to legalize sports betting.