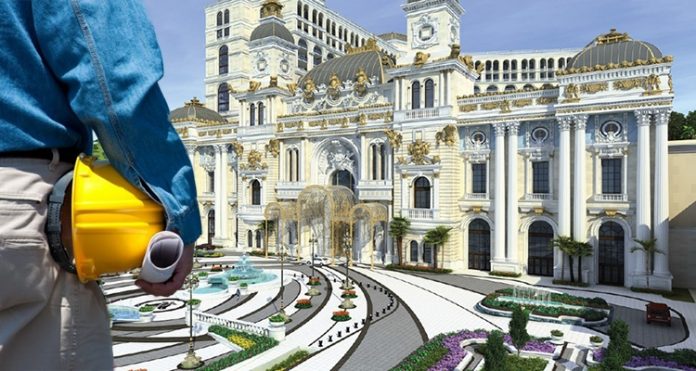 The group responsible for the Imperial Pacific Resort could face legal proceedings in the near future, after former employees of the company have claimed they were victimized in acts of human trafficking and unscrupulous labor conditions.

According to a report by Reuters on Friday last week, several Chinese workers were assigned to work on the new Imperial Pacific Resort casino on the Pacific island of Saipan, but plaintiffs are now looking to go against the two contractors responsible for the project as well as a developer, in a bid to be compensated for the harsh and brutal working environment they and many others had to endure.

Allegedly, the men were forced to work solid 12-hour days and sometimes even a full 24 hours. They were also forced into crammed and dirty dormitories with no air conditioning or basic hygiene facilities.  Many workers also failed to have their wages delivered to them on time, and some had their earnings withheld from them completely.

The establishment’s location is part of the Commonwealth of the Northern Mariana Islands, an area surrounded by lush mountainous landscapes which operates under U.S. rulings in the western Pacific Ocean. They acquired the island after World War 2, and gave permission for the casino to be built in 2014 when China’s investment markets intensified.

Setbacks for the Project Completion

Although the facility was originally meant to be open by July 2017, developers have had to keep delaying and pushing back the completion date for the casino. Some of the reasons include the death of one of their construction workers in 2017, a police investigation into almost 150 undocumented employees within the contractor’s office, as well as the discovery of a safe which contained thousands worth in different world currencies.

The filing states that the Imperial Pacific were fully aware of the unauthorized workers on the construction site, and it also signifies how the company “recklessly disregarded its contractors’ exploitive and illegal practices.”

All of the plaintiffs suffered major injuries including burns to their hands and legs, and one man reported to have a partially severed finger. “One Gold Mantis supervisor, who had already physically beaten another employee, threatened to kill plaintiffs if they disobeyed him,” was also mentioned in the filing.

“One Gold Mantis supervisor, who had already physically beaten another employee, threatened to kill plaintiffs if they disobeyed him,”

On top of the reported incidents, Imperial Pacific International told press last week how they were already facing struggles with the 300-man workforce assigned to the project. The labor shortage is said to be due to a new restriction on foreign workers coming from Southeast Asia, after concerns were raised about over stayers on the U.S. mainland.

“The Hong Kong-based company said the ban on Philippine workers from the H-2B temporary visa by the U.S. Department of Homeland Security resulted in the loss of 500 construction workers from the Southeast Asian country.”

The Imperial Pacific said that they now have 264 individual workers on the project, 12 of which are from U.S.-based subcontractors and 11 additional technicians from the Czech Republic. The remaining numbers have come mostly from Taiwan on H-2B visas.

The Saipan Tribune newspaper quoted the developer, who pledged to local authorities that building work on the “initial gaming facility” would be completed by 2019, despite stating the lack of manpower on the project.

Many of the contractor’s executives resigned from their roles in the last year, in light of the awful working conditions and the company’s behavior towards their staff. Worker protests have also become a common and recurring theme.

Imperial Pacific are the sole operators licensed to run casinos in Saipan, and the island’s commission have now extended the completion deadline for the casinos resort to February 2021. So far, nobody at the Imperial have responded to any requests for comments on the matter.