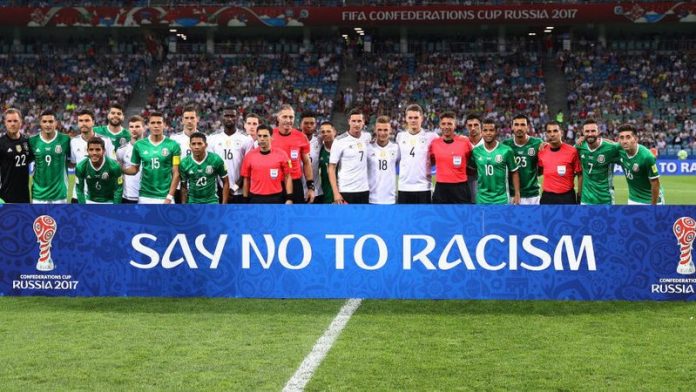 England’s preparation for the World Cup in Russia will include practice, nutrition, and preparing players for the possible racial abuse they could experience. Gareth Southgate and Pippa Grange will be developing workshops to help players manage themselves if exposed to racial abuse while playing in Russia.

FIFA recently fined the Russian Football Union £22,000 for racist chants by fans in a match against France in March at Krestovsky Stadium in St. Petersburg, which will be one of the host venues of the World Cup. While FIFA claims to have a “zero tolerance” policy for racism, some were not happy about the fine. Lord Herman Ouseley, chairman of an antiracism campaign, said the fine was “pitiful.”

“The most important thing is that internally we are able to support our players if something does happen and they understand how their team-mates and our staff are going to go about that. There are some sessions we will do with them and then there is the official protocol to be followed but we really hope that it is a situation that doesn’t emerge and it’s a festival of football,” he said.

“It isn’t chance, and it isn’t luck,” said Southgate. “It is about performing a skill under pressure. So, there are opportunities to improve technically, to work as a team on how we want to approach that, to be very clear on the processes and go through some scenarios that put you as close to that situation as you possibly can. It’s right to be as meticulous as we can be.” 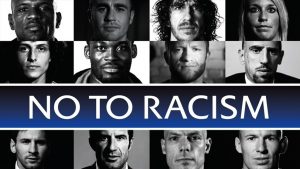 The protocol to follow if a player experiences racism is to stay on the field (or risk being dismissed) and to tell a referee, who can then take the proper steps. Southgate isn’t taking any chances though. Their in-depth training extends past the field and into the workshops. “So we have everything in place, but most importantly is that internally the players feel they have that level of support,” Southgate said about their preparation for the World Cup.

A FIFA spokesperson said, “FIFA has a zero-tolerance approach to discrimination and has mechanisms in place to ensure that the atmosphere in the stadiums is one of celebration and respect. When it comes to public security, FIFA has complete trust in the security arrangements and comprehensive security concept developed by the Russian authorities and the Local Organizing Committee for the 2018 FIFA World Cup. Naturally, FIFA is also in constant contact with all stakeholders regarding the ongoing risk assessment.”

Despite the fine, calls and petitions have gone around to boycott the World Cup since the harsh racial climate of Russia has forced several football fans to forgo attending the event for fear of their own safety. One petition gained more than 86,000 signatures to dismiss Russia as the World Cup host. 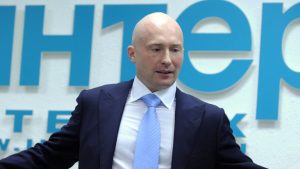 Igor Lebedev, who sits on the Russian Football Union’s executive committee, said, “I want to call on fans to stop this,” he told the Championat sports news site. “This is not just a problem with our fans’ perception of African-American and black players. The problem is elsewhere: None of this bad behavior will stop until we start punishing it.”

Lebedev seems to have the strongest opinion on the matter. Russia’s antidiscrimination inspector Alexei Smertin said, “Racism in Russia is like fashion. It comes from abroad, from different countries. It was never, ever here before. Ten years ago, some fans may have given a banana to black guys – it was just for fun. I think the media is making the wrong image of Russia.”