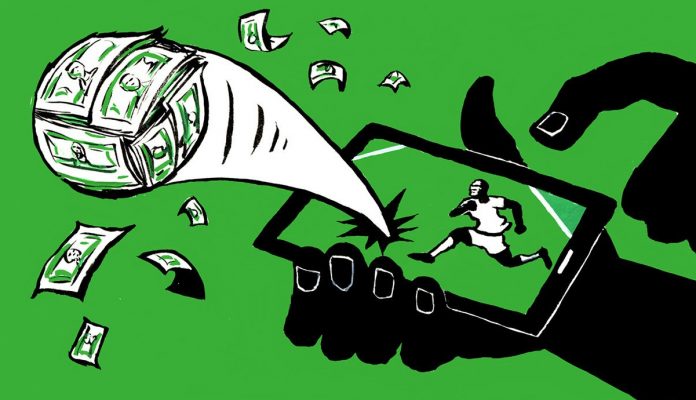 Gambling extends far beyond the casino floor, race track, and football pitch these days. Players are known to place bets on outcomes such as the duration of TV commercials, what bands will perform at the Oscars, or who will be next to win the general elections. These can all be highly profitable and extremely fun things to bet on, but if you’re prepared to get even more exotic and adventurous with your gambling, there are a plethora of other unconventional events and scenarios you can put money on these days too.

Here are 8 of the most weird and popular things you can bet on in the 21st century. 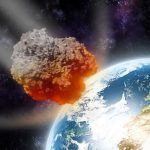 A few years ago, Paddy Power set the odds for the world to end before 2018 at 500-1. This meant that anyone who placed a $100 bet would win $50,000 if Armageddon arrived before January 1, the following year. Other bookmakers have hosted similar stakes for predicting how the world will end in the past, including an alien invasion, asteroid collision, global warming, and the zombie apocalypse.

We’re not entirely sure how winnings would be paid out should the world cease to exist. Not that money would matter by then anyway!

When the English monarchy’s favorite lovebirds William and Kate announced their first baby in 2012, bookmakers made a substantial profit when millions of gamblers placed bets on what sex it would be. They also took bets for guessing the name, weight and when the baby would be born.

Other bets you can place on the British Royal Family include what color dress the Queen will wear to the Ascot races, who the best man will be at royal weddings, along with who will design the dress, and other wedding predictions. 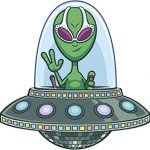 In case E.T. doesn’t discover us first, you can also place wagers on when humanity will have its first encounter with the third kind. Various bookmakers are giving gamblers the chance to win money if they can predict what year humans will find extraterrestrial beings from 2020 onward.

It might seem silly now, but when you think how close we are to sending a car to Mars, or how many planets we’ve discovered with the right conditions for life already — it’s still a very probable scenario that could well happen in our lifetime!

The Future of Kim Jong-Un

If you’re a true lover of politics and corruption, you can also bet on the infamous Kim Jong-Un himself. People have been known to bet on how the North Korean dictator will be removed from power: either by handing in his notice, being assassinated or forced out of his seat. Some odd bookmakers have also set odds for his travel schedule, where you can bet on whether he’ll venture to Tokyo at 2/1 or 33/1 or to Moscow at 33/1. There are also odds for Guam, London, and Beijing.

Survival of the Fittest

An incredibly unethical thing you can bet on is the patient life expectancy in hospitals. Doctors have claimed that nurses have been known to do this as a result of their tirelessly long shifts and weak pay. The general public are eligible to bet on the lives of the sick and needy too. Shockingly, it is usually a relative or close family member placing the bet.

As for how this sadistic and macabre way of gambling works: people are required to pay a membership fee to join and place bets. The bookmakers will then arrange for someone to physically visit the hospital and verify that the patient has died.

The Next James Bond 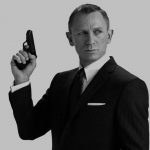 No Time to Die is due to be released later this year and will feature Daniel Craig in his last ever 007 movie. Though this might be sad for a few women, the news has spurred on a lot of speculation as to who the next actor will be to take his place.

Now, several bookmakers are taking bets for some of Britain’s top actors, including Idris Elba, Chris Hemsworth, and Michael Fassbender.  One actor looking to be a chosen favorite so far is Thor villain Tom Hiddleston, who is currently set to become Bond at odds of 9/2.

The stock market is always an everyday gamble for investors as it is, but they’re not the only people drawn to risking a few pennies when the whole thing crashes. You only have to watch movies like The Big Short to see how many people have and continue to make their fortunes through gambling on the stock exchange, though it’s only ever recommended to do it in real life if you’re experienced.

Unlike casino gambling or sports betting, which can have their limitations, a substantial crash in stocks can earn people millions from one single wager.

This newfound way of playing bingo began in Leeds around 2008. The idea was thought up by a group of school kids when they created a box with tunnels protruding from all sides, numbered 1-8. Players must next bet on which tunnel they think the ferret will come out of first. Ferret Bingo became a popular craze after the news caught wind of these kids’ genius bingo invention. We’re not sure whether the game will pass ASPCA and make it into the U.S. any time soon though! 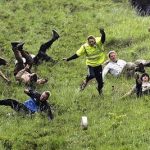 It’s quite hilarious to think that you can bet on such outcomes as the crazy wagers above. Other wild and wacky things to bet on include cheese rolling, a game where hundreds of contestants race down a hill after a big round chunk of cheese; Cow Chip Tossing, when several men compete to throw dried cow poop the furthest; and (would you believe it), the fictional wizard’s sport from Harry Potter, Quidditch — the game is played very similarly to soccer, only the players are running around in robes with broomsticks and a volleyball!

We doubt even J.K. Rowling ever saw that one coming…