Up until 25 years ago, the internet was never a thing. People used to do things the old-fashioned way. If you needed to send a message, you’d write a letter and then visit the nearest post office to send it. You couldn’t even catch up with your favorite TV program online or stream anything. And when you felt like you needed to share something with anyone, you’d pick up the telephone and start dialing. Generation Z would say life then was boring, but to be honest that was the beauty of it all.

Currently, it’s almost weird to find a middle school kid with no mobile phone. They even find it hard to imagine that there once was a world where smartphones did not exist. Can you imagine a world where the internet didn’t exist? To this generation, that’s completely unbelievable! Without a doubt, technology has made doing so many things a lot easier. Today, you can take digital images and share them with all your friends online instead of physically walking to a photo studio. You could also communicate with your lecturers or bosses through an email without having to leave the house.

However, there is growing concern about how teenagers live their lives. Experts have realized that smartphones have made many teens live most of their lives in a virtual world. It’s apparent that social trends are quickly changing, and this shift has been attributed to the introduction of the smartphone to the world. 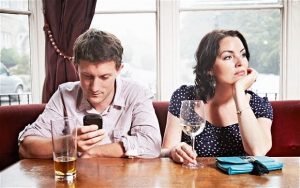 When was the last time you held a conversation with someone face to face? It’s been a minute, hasn’t it? Millennials and Gen Xers can attest to the fact that in the old days they used to interact in parks and hang out in shopping malls or restaurants. You had to leave the house to meet someone if you felt like it’s been awhile since the last time the two of you caught up.

Today, the youngsters are okay with hanging out on screens. They spend most of their days in a virtual bubble, which can be lonely at times. Social interactions are fundamental to an individual’s growth, and this is probably the reason why you’ll notice that nowadays so many teenagers feel uncomfortable interacting in different social environments.

There’s an upside and a downside to everything. The rise in suicides and depression has been attributed to the use of smartphones. Researchers have learned that the rate at which teenagers report these sad thoughts has increased over time. And to be honest, this is to be expected because most young people are isolated and can’t find anyone to help them battle emotional issues. Another smartphone-related trend is the increase in the number of car accidents among teens because they take their eyes off the roads while driving.

On a positive note, we can say that the kidnap-for-ransom business, sexual assault, and rape have drastically reduced because all the youngsters are found behind closed doors. And that’s not the only upside to this new trend. The number of teenage pregnancies is also at an all-time low. In addition to all of this, researchers have realized that drug and alcohol addiction cases are fewer in this generation than other previous generations.

As a kid growing up, all a millennial wanted to do was to move out of their parent’s house and be their own person—basically, to learn what life has to offer. They were eager to learn how to drive, and wanted to get jobs right after college. But independent, upward mobility has been waning, leaving older generations to wonder what has brought about the change. Simply put, it’s the smartphone. Members of the youngest generation prefer locking themselves in their rooms rather than getting a driver’s license or a well-paying job. What’s actually hilarious is the fact that all teens are similar regardless of their financial background or where they hail from.

The Use of Different Apps 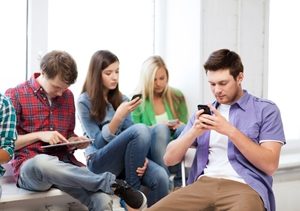 It’s no longer surprising that the young generation spend almost 90 percent of their time online. The smartphone is what defines how they typically spend their days. In case you have a teenager, chances are they are either on Facebook, Twitter, Snapchat, or Instagram. These are a few of the apps that make it easier for them to share images or videos they find funny. With the help of a smartphone, they’ll post the short clips and pictures online using their personal accounts.

Fortunately, these videos and pictures don’t stay online forever as they tend to disappear after a short while. But that’s not a concern to this young generation. All they care about is the Snapstreaks. They’ll see you as being ‘cool’ if you can keep on Snapchatting day after day or 24/7.

Industries such as the fashion industry know so very well that to be the best in business they have to find ways to quench the thirst of this current generation. We’re talking about a group that quickly adapts to new technology, so catching up with their demands is a real struggle.

If a seven-year-old child can access YouTube videos at that age, as they grow up they’ll want to move on to something better, such as Vine, for example. The cycle doesn’t stop there. There will always be a new craze in town. So, tech-savvy individuals see this as an opportunity to create more social media platforms like as Instagram or Snapchat.

Dating and Other Relationships 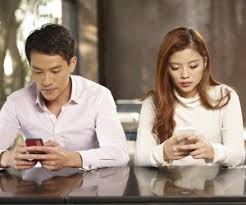 Smartphones have changed the way people date today. Many years back the only way you could ask a girl out was by making physical contact and letting her know you’d like to take her out. From there, you would probably have dinner with her or just have fun at the park. You’d not be older than 16 or 18. But we’re told the young generation is doing it differently. By the way, we do have teenagers who have never dated and the lucky few who have dated have done so for less than a year. At this point it’s safe to assume that smartphones are the prime reason why the average date of sexual activity is delayed among the teens.

Young people rarely go out to bond with friends because we are okay with staying at home and using our smartphones to get in contact with the rest of the world. And once we decide to finally get out of the house, we still have to document what we’re doing and share the videos with the online community! There’s always the pressure to look ‘cool’ among the peers.For some reason, this young generation feels they have to let everyone in on the kind of fun they are having.

Smartphones have made us think that we have real friends in the number of followers that we have online, but in reality we’re lonely. Those who have always bonded off-screen are happier compared to the many that spend a huge chunk of their time online.

However, smartphones have not affected everyone’s social life. It’s still possible to find a group of individuals who have the same lifestyle our parents had before the internet even existed. They usually find time to hang out with friends, still get incredible grades in school, and work just like the Gen Xers. Forming relationships and dating is not a hassle to them. Life without the screen is wonderful, and this unique group of people is experiencing it.

Put down your phone and live life to the fullest.