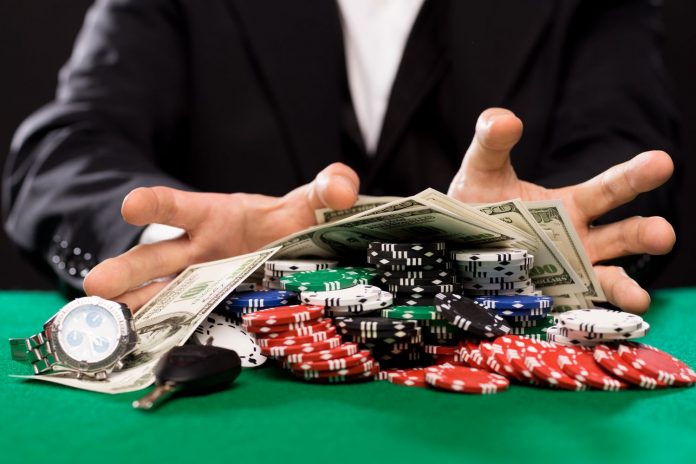 A former police dispatcher who raised funds to help a police officer paralyzed while answering a call has been sentenced to jail time.

April Briscuso, a dispatcher with nearly 20 years on the job, admitted she gambled away nearly $10,000 of money meant to help the officer with his medical bills. The Hazelwood chief of police said that Briscuso’s crime has eroded the trust of the community.

Officer Craig Tudor, who is in his late 30s, had been a police officer for more than 15 years when he was involved in a rollover crash in 2016 while responding to an emergency call. The crash left him with a spinal cord injury. Although he has made progress in his recovery, he needs years of rehabilitation and therapy, which may give him back the use of his hands and arms. Immediately after the accident, people in the Hazelwood Police Department began working on ways to help raise money for the injured officer. Although the officer has insurance, it did not cover the cost of all his medical bills.

Briscuso and the Fund

Briscuso, one of the dispatchers for the police department, began to organize fundraisers to aid the injured officer. Tudor was the second police officer hurt in the line of duty in a two-month span. Another officer in a neighboring town was also shot and received a spinal cord injury.

However, Tudor’s wife, who also was able to view the bank account, noticed some irregularities and contacted the Hazelwood Police chief. When the police department began an investigation, Briscuso confessed she had stolen at least $9,500 in donations meant for the officer and used the money to gamble at casinos all over the greater St. Louis area.

This past May, Briscuso entered a blind plea to one count of felony stealing and left her sentencing guidelines to the judge rather than the prosecution. Before the judge passed sentence, the paralyzed officer and his wife gave victim impact statements in front of the court. Tudor said that because of Briscuso’s crime, all his future fundraising is on hold, and no one else may decide to contribute, which means his family will be left with medical bills that number in the thousands of dollars.

Briscuso was given a five-year suspended sentence and will serve 60 days in jail during the weekends. However, if she does not pay the money back to the officer and his family by the end of August, she will have to serve all five years of her sentence. In addition to paying back the money, Briscuso is banned from gambling as long as she is on probation. Because she was allowed to resign, Briscuso will be able to keep her pension as well, which amounts to approximately $1,500 monthly when she reaches retirement age. Many people consider that in order to further help the officer, Briscuso should give up her pension to the officer, but that is not legal under the current laws. Other people have looked toward helping the officer, and have contributed to a Go Fund Me account set up at a bank and controlled by Tudor’s wife.