Home » USA Online Casino Blog » Lifestyle » Beyond the Casino: What Else Can I Do in Macau? 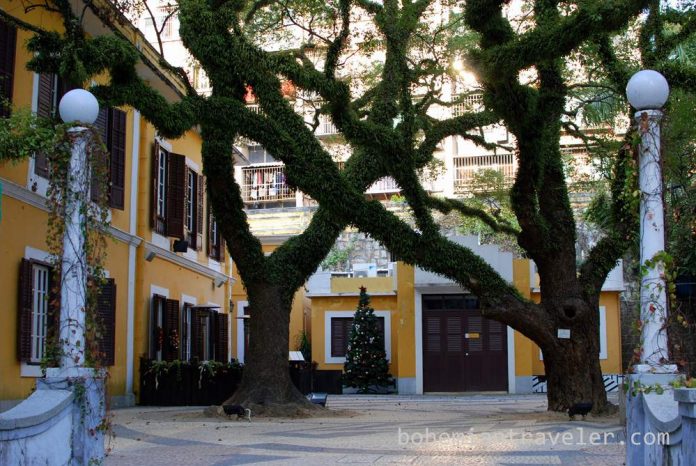 Macau is more than just the gambling capital of the world. The country blends Chinese and Portuguese cultures in a unique melting pot spanning over 500 years. The recent explosion of megaresort casino construction stands in stark contrast to ancient Chinese temples and Portuguese forts and churches. This rare blend of East and West offers visitors a heady brew of travel experiences unlike any other. Macau holds a rich variety of landmarks, food, and natural beauty to satisfy the visitor who doesn’t want to gamble.

A Brief History of Macau 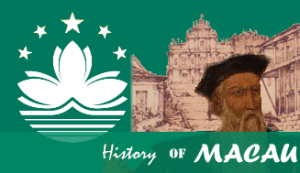 Macau’s humble beginnings date back to the Qin dynasty (221-206 BC), when it served as a haven for Chinese people fleeing from Mongol invaders. For centuries, Macau survived as a fishing community located on a peninsula and several islands near the Pearl River estuary in southern China. Portuguese traders arrived in the 16th century and set up a fishing port with the permission of China, who naturally taxed the Portuguese for the privilege.

Eventually, China ceded Macau to Portugal, where it remained a Portuguese colony for 400 years. As the colonial expansion of Europe drew to a close, former colonies were returned to their original owners near the turn of the 21st century. Britain returned Hong Kong to China, and shortly thereafter, Portugal returned Macau. Both countries are now Special Administrative Regions (SAR) of China, each with a large degree of autonomy.

In recent years, Macau has undergone a massive transformation into the number one global gambling mecca, surpassing Las Vegas revenues many times over. A once-idyllic fishing village became a bustling European colony, and later a modern metropolis with a serious steel-and-glass skyline. In fact, Macau has the highest population density in the world. But you can still find a few moments of peace and tranquility amid the hustle and bustle of the Monaco of the East. 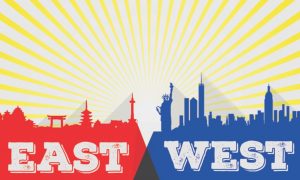 The Historic Centre of Macau is a testament to the centuries of harmonious co-existence between Chinese and Portuguese cultures. Its unique collection of Chinese temples, Portuguese colonial architecture, gardens, and squares made it a UNESCO World Heritage site. UNESCO described it as “a unique testimony to the meeting of aesthetic, cultural, architectural, and technological influences from East and West.”

The Historic Centre is divided into two zones located on the Macau peninsula. In addition to the 20 plus historic locations on the peninsula, there are many other places to experience the marriage of the two cultures. Depending on the length of time you have in Macau, you can choose to stick to the peninsula, or branch out onto the surrounding islands for additional sites.

TIP: Many free shuttles operate in Macau between transport hubs and casino/hotels. 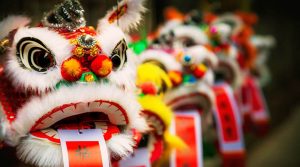 For a glimpse of traditional Chinese culture over the ages, be sure to visit some of the Chinese temples in Macau. One of the oldest monuments in Macau is the A-Ma Temple, built in 1488. The temple is dedicated to the Chinese sea-goddess Mazu. The ornate temple complex consists of 6 parts nestled in the lush greenery of a hill overlooking Barra square. Other Chinese temples worth visiting are the Kuan Tai Temple, built in the 18th century, and the Na Tcha Temple, built in 1888 to honor a child god of war. A section of the old city wall is located nearby.

A stroll through the historic quarters of Macau is like a roadmap through time. There are too many temples and historical structures in Macau to include in this article, but you can easily time travel from the 15th century to the present just by walking around for several hours.

The best spot to experience the Chinese/Portuguese melting pot is in Taipa Village, a quaint quarter of Macau with pastel colonial buildings adorned with Chinese murals, writing, and decorations. In this area you can taste the fusion of Chinese and Portuguese cuisine: sample the Portuguese favorite import, the egg tart, an excellent breakfast treat or sweet snack. Stalk the streets for street food aplenty, with many shops offering uniquely-Macanese dishes, ranging from dried meats to crab porridge, a local favorite. 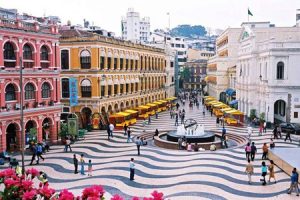 East/West trade flourished during the Portuguese colonial period in Macau, and left its legacy in the beautiful architecture of the city. Even the forts and lighthouses merge function with aesthetic beauty. A visit to Senado Square (Senate Square), with its flowing waves of mosaic cobblestones, highlights the best colonial architecture in town. The square itself is lined with beautiful buildings from the 16th-18th century, as well as a plethora of cafes and shops.

In addition to the many squares filled with colonial architecture, a visit to Macau isn’t complete without climbing a few hills. Guia Fortress is located on the highest point in Macau, Guia Hill. The site features a fortress, a chapel, and a lighthouse, all built between 1622 and 1865. The lighthouse was a beacon for sailors and fishermen, and the fortress was a bastion of defense in the territorial wars between the Dutch and the Portuguese.

Another fortress on a hill is the impressive Monte Forte (Mount Fortress), built in 1617 to protect Jesuits from pirates. Along with sweeping views of the Macau skyline, city, and waterways, there’s an imposing wall with cannons pointing outward in all directions. Be sure to take a selfie with a cannon pointing at a giant casino building just for laughs.

Just around the bend from the fortress is one of the most visited sites in Macau: the Ruins of St. Paul’s Church. All that remains of the 1640 church complex is the stone façade, which has been reinforced and restored after centuries of neglect. The intricate carvings on the façade make this monument a unique work of art and architecture.

Activities in the Great Outdoors 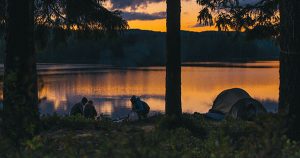 If you need a break from the hustle and bustle of the densely-populated city, Macau offers a variety of surprising transitions from the concrete jungle to the tropical forest. The most rewarding of these nature excursions is the Coloane Walking Trail, an 8-kilometer nature trail which circles the hills of Coloane at an average height of 100 meters.

Along the trail, you can visit Chinese temples, sip spring water, and view giant pandas in a pavilion. One visitor reported watching a panda rub its butt on a tree for 10 minutes. But no Kung Fu Pandas, apparently. The sweeping vistas along the route make for an enticing trip for nature lovers and photographers. You can plan to start the trip at one of many points along the circuit, but a great end to the walk is a relaxing rest at Hac Sa Beach, famous for its black sand.

After some time spend trekking the trails and swimming in the sea, the only thing left to do is get airborne. For the truly brave, climb the highest building in Macau, the 338-meter tall Macau Tower. Next, strap a stretch cord to your ankle, and jump. The world’s highest bungee jump from a building awaits those with no fear – or adrenaline junkies. If you don’t feel like getting chucked off of a perfectly good building, just watch the jumpers from the observation tower, with yet another amazing view.

There are plenty of things to do in Macau on any budget. From free nature walks and free street food samples, to high-cost activities like bungee jumping or casino shows, you’ll never be short of things to do in Macau. Even though parts of the city are completely taken over by megaresort casinos, you can still find lush, wild nature and gorgeous old architecture in the unique cultural melting pot of Macau.

Check back regularly for the USAOC article series Beyond the Casino, featuring travel tips for your favorite gambling cities.