Apple recently introduced three new iPhones into the market. With these devices, the company hopes to cement its dominance in the industry. In recent years, Apple has faced a lot of competition from both new and old phone brands, including Samsung and HTC.

The new iPhones, which the company calls iPhone XR, XS, and iPhone XS Max, are already available for purchase. iPhone lovers should brace themselves for new and improved iPhones with a whole lot of new and exciting features.

Tech experts and iPhone enthusiasts online said the new and improved iPhone devices have borrowed a lot from iPhone X. These new handsets come with screens that run from the top to the bottom of the phone’s front. This screen styling aims to give the user a better display without necessarily increasing the smartphone’s size.

iPhone’s new handsets do not have a home button. This is still the case with the iPhone X. To wake up the gadget, especially when in the sleep mode, users will need to raise it to their faces. This will only be possible, however, if the user has enabled Face ID. Similarly, a user may tap the screen to wake the phone up.

To understand the new Apple devices better, here is a more detailed breakdown of what to expect:

Two of iPhone’s new gadgets come with an advanced display panel dubbed Super Retina. The iPhone XS is the smallest among the three. It comes equipped with an OLED panel of about 5.8 inches. Additionally, the XS comes with a pixel density of about 458ppi and a resolution of up to 2436 x 1125.

On the other hand, the iPhone XS Max comes with an OLED panel of about 6.5 inches. Its pixel density is similar to that of the XS, 458ppi. iPhone XS Max’s resolution is approximately 2688 x 1242.

According to the company, its new devices come with high-quality back and front glass. Apple is confident the glass technology used in its front and back will keep the phones looking great longer. The new glass is extremely durable and the smartphone industry has never used it before.

Apple designed both the XS and the XS Max to support both Dolby Vision, as well as the old HDR10. With these HDR formats, users will be in a better position to binge-watch their favorite TV shows and YouTube videos.

Headphone Jack and Fingerprint Sensors Are No More

Apple has used its new devices to complete its transition from Touch ID to a new and improved Face ID. As stated earlier, the three gadgets do not come with the home button. Instead, they have a larger screen to improve the effectiveness of the Face ID feature.

Apple stopped including headphone jacks in its devices in 2016 when its released the iPhone 7. The 2018 launch of Apple’s handsets was not free from surprises. The company introduced its users to iPhones with dual SIM support. For the longest time, Apple had always produced single SIM handsets and dual SIM support is big. Both the XS and the XS Max support dual SIM.

Improved Water Resistance and an All-New A12 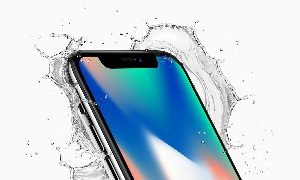 Apple introduced the IP67 dust and water resistance certification with the iPhone 7. This technology was also used on the iPhone 8 and the X. However, Apple has decided to take things up a notch this time around. The company has upgraded dust and water resistance certification to the IP68. With this technology, the new gadgets from Apple can resist both liquid and dust situations much better than their predecessors.

Thanks to the new IP68 dust and water resistance certification, the new iPhone devices can remain underwater for about a half-hour. Additionally, the new devices are perfectly safeguarded against spills caused by drinks, such as soda and/or coffee.

When Apple launched the iPhone X, it introduced a phone with an all-powerful A11 Bionic chipset. This outdid its competitors in almost all dimensions. The new iPhones now come with an A12 Bionic chipset. This chipset is more advanced than the A11. The A12 can consume less power and runs 50 to 60 percent more proficiently. Additionally, its performance is up to 20 percent better. Launching apps on the new iPhones is 30 percent faster. 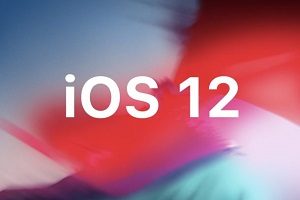 The three iPhone devices launched by Apple come installed with a new iOS 12. This OS comes with some exciting features to keep users on their phones all the time. Some of these features include Group Notifications and Memoji. The new OS will allow the new iPhones to perform better. Users will be able to multitask without their devices freezing or hanging.

iOS 12 supports a new Screen Time feature that allows users to monitor the amount of time they interact with their handsets. Thanks to Siri shortcuts, more applications will be in a position to function with Siri. iOS 12 supports new and improved privacy features that safeguard the privacy of users. It also guarantees that people or agencies cannot track users on the Internet.

There is so much to learn about the new iOS. Users can learn more information about iOS 12 online, so they can get the most out of the new update.

The two XS phones come with similar rear cameras. Their resolutions are similar to the iPhone X. According to Apple, the XS comes with cameras that have never been seen before. These cameras allow 12-megapixel wide angles and have high-quality telephoto sensors. The A12 Bionic chip supports a better and improved image signal processor.

The phones come with Smart HDR, which is much better than the traditional HDR. Smart HDR supports four-frame buffer shooting and secondary interframes. This leads to better highlights, shadows, and colors. The XR comes with only one 12-megapixel sensor. However, the sensor can still support Bokeh. It also supports blur change.

For the very first time, users now have an opportunity to purchase iPhones with new and improved batteries. Apple has tremendously revamped its batteries in the new iPhones. According to the company, the XS will provide extra battery life of up to a half-hour. The XS Max and the XR will offer extra battery live of 90 and 100 minutes, respectively.