Supreme Court Justice nominee Brett Kavanaugh has been questioned numerous times during his congressional hearings. In addition, there have been investigations into what his life was like before he became the nominee. Several of the questions and investigations were about gambling. This is not unusual given the landmark U.S. Supreme Court ruling in May. 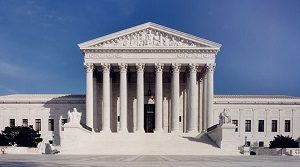 The U.S. Supreme Court is the highest court in the United States, and its decisions are final. In fact, when the High Court makes a decision, it usually overrides another law. Congress can also overturn a law by passing a new one that covers the ruling.

There are nine justices on the Supreme Court, and, the appointment to the court is usually for life. Some justices, however, have chosen to retire. The Supreme Court hears state and federal cases, but the justices choose which cases they will hear. The justices can choose what cases they will not hear as well. The chief justice of the Supreme Court, John Roberts, is the head of the court. He makes the court calendar and assigns cases to the justices to research. The court has handed down several landmark civil rights rulings. Some include cases on freedom of speech and freedom from illegal search and seizure. Businesses have also benefited from some of the court’s rulings as well.

To become a justice, the president must nominate someone and the Senate will eventually vote on him or her. The nominee goes before the judicial committee in the Senate and has a public hearing. He or she must also respond to hundreds of questions about his or her life.

One recent court decision that was under scrutiny was the landmark case regarding the regulation of sports gaming. Since 1992, the Professional and Amateur Sports Protection Act (PASPA) has forbidden all states (except Nevada) from engaging in single-sports gaming. However, in May, the Supreme Court ruled that law unconstitutional. The state of New Jersey had challenged that law. That means that each state can decide for itself whether to allow sports gaming.

The Supreme Court voted 6-3 in favor of overturning the bill. Justices Sotomayor and Ginsberg dissented and Breyer dissented in part. The dissension was about whether the states had the right to allow gambling. There is no federal law prohibiting sports gaming.

There has been much criticism of the ruling and plenty of dissension. Many people welcomed the decision, especially in states that want to have gaming as a way to boost their economies. Others believe that gambling is a sin, and do not want it in their states. Some pundits have also said the High Court overstepped its bounds.

The committee asked Kavanaugh specific questions about sports gaming. Kavanaugh said he is a huge fan of sports, and bought tickets to games, even when he couldn’t afford it. He said he has bought season tickets for the Washington Nationals’ games for the last 13 years and playoff packages. He does not, however, have any gambling debts, and he does not participate in fantasy leagues. Regarding the recent judgment on sports betting, Kavanaugh stated he would prefer not to comment. The senators commented that Kavanaugh had not been forthcoming on all of the questions asked. He also refused to answer some of the questions, which was not met with favor. However, the judge has yet to get a committee vote or a Senate vote, especially since a former classmate has accused him of sexual assault when they were in high school.