How much are you prepared to pay for an iPhone? Apple CEO Tim Cook thinks most Americans are willing to pay $1,000 for his company’s latest product. His reasoning is for an iPhone that costs that much, most people happily pay $30 a month on subscription. This comes to about $1 a day. He says this is not such a high price to pay for a device that is not just a phone.

Apple has hiked the prices with the new releases

Apple announced in mid-September that it is releasing two new iPhones: iPhone XS and iPhone XR. The former is an upgrade to the iPhone X, released at the beginning of this year. The latter is an upgrade to iPhone 8, which the company released in 2017. Both upgrades come with significant enhancements. With the new releases, the world’s third largest smartphone company has also hiked the prices of its phones.

Cook claims he can justify the price of the iPhone XS 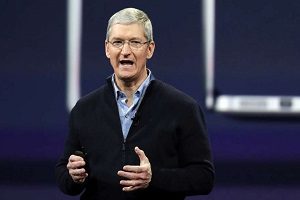 Cook has claimed the iPhone isn’t just for the wealthy. It is for everyone. He was responding to a suggestion by Good Morning America’s Robin Roberts that the price of iPhone XS is too high.

“We want to make an iPhone for everyone,” he said, pointing out that his company sells cheaper iPhone models. “The way most people pay for these, it turns out, is they do a deal with a carrier, and they pay so much per month. And, so if you look at even the phone that’s priced over $1,000, most people pay about $30 a month for it, and so it’s about $1 a day,” he added.

Explaining why the company can justify the $1,000 price tag, Cook pointed out that the “iPhone XS is the most advanced phone we’ve ever done and it has the most powerful chip ever in a smartphone.”

He gave another example. People will save on products that they used to buy. For most people, their phone has replaced the camera and video camera. iPhone XS’s camera is so good that it can take photos as good as a professional camera, he claimed.

“Now, in the palm of your hand, you can make the portrait that used to cost tens of thousands of dollars with professional equipment,” he said.

iPhone XS is not the only high-quality phone

Despite the big round of applause, it’s clear that not everyone agrees with the CEO’s line of thinking.

Sure, iPhone XS is a fantastic product. It has the new Apple A12 chipset that supports Gigabit LTE wireless speeds. It has a Smart HDR camera along with an improved IP68 water-resistant rating. The phone is sleek and beautiful and works without a hitch. Anyone who owns an iPhone XS can’t help showing it off. While that is figuratively true for other phones, it is literally true for the iPhone.

Not everyone agrees with Cook’s line of thinking

No wonder a lot of people feel that the iPhone XS costs too much.

Julian Shovlin, managing director of iSmash, a smartphone repair specialist, says: “I don’t think that we can consider the new LCD iPhone particularly affordable when compared to other ‘entry level’ smartphones from other leading manufacturers. Apple is playing by its own rules and defining what affordability means.”

James Baron of Compare My Mobile agrees with him. “What we have here is another case of ‘Emperor’s new clothes.’ The new iPhone XS’s are aptly named as they represent excess in terms of price, size, and memory. They do show evolution, but it is incremental, and amount to what is effectively tinkering under the hood. How do you define 30 percent faster to an average user? What does that actually mean in terms of time?”

iPhone XS specs that make it so expensive

This is the first new iPhone the company has launched in 2018. The iPhone XS is a sequel to the successful iPhone X. It comes with several features that Apple says justifies a higher price.

Customers are the best judges

Is the $1,000 price tag of iPhone XS justified? We have laid out the facts about the phone and leave it up to you to decide. But, even if you think it’s overpriced, you will probably still go for it, as Cook has said. After all, there is a certain appeal to carrying an expensive phone – if only as a status symbol. Apple’s iPhone XS is the most well-known and coveted of them all.