For almost 10 years, Acme Paper & Supply Co. has provided restaurants and others the choice of using paper straws. The company offers these instead of straws made of plastic, which are far more common nowadays. Up until just a few months ago, straws made of paper were not very popular. 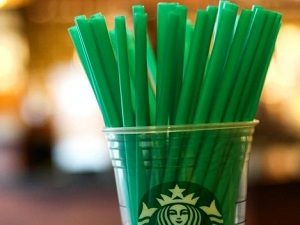 Starbucks is leading the revolution in doing away with plastic straws. And, there are several companies follow its lead. McDonald’s is one of the restaurants to provide the plastic straw. American Airlines has announced it will participate in this trend as well. Hyatt, the well-known hotel chain announced recently that plastic straws will only be available if customers request them. More local eateries have begun to reduce the number of plastic straws offered to customers as well. For instance, Lloyd Taco Factory in Buffalo, N.Y., announced via Twitter its straws will be corn-based from now on.

Ocean Conservancy, an environmental advocacy group, says 8 million metric tons of plastic can be found in the ocean annually. Plastic straws contribute significantly to this. Conservationists also say the movement to do away with plastic straws is a good start to saving the environment. But, companies still have a lot of work to do.

Ron Attman, the CEO of Acme Paper & Supply Co., says the trend to use nonplastic straws started as a small movement. Now, it is picking up. This is largely because more patrons want straws made from eco-friendly materials. Attman says his company gets inquiries about the new straws from customers on a daily basis. He also shares that several consumers want to make the switch from plastic straws to straws made of safer materials.

The History of Drinking Straws 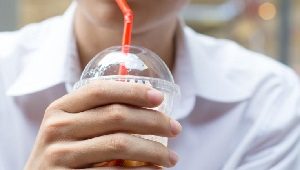 People have been using drinking straws for about 5,000 years. It’s no secret there is considerable backlash surrounding the plastic straw, which is the main type of straw used today. Customers, as well as companies and cities, want to find ways to reduce waste. This means, for the most part, they have rejected the plastic straw. This will likely prove to be a good thing since plastic straws never totally decompose. These straws eventually take up the landfills, seep into the oceans, and cause serious pollution. The animals that live in ocean habitats can also become exposed to straws, which could lead to choking and injury.

More people realize plastics can significantly harm the environment. And, experts continue to confirm there is a demand for new ways to consume drinks. There are some critics, however. These people are skeptical about whether plastic is really bad for the ecosystem. Skeptics are not sure that science supports this notion. Even still, several towns, cities, and states in the United States are in the process of banning plastic straws. Some of the states include Florida, California, and New York. The food service industry continues to make this movement more widespread.

A Restaurant’s Perspective on Plastic-Free Straws 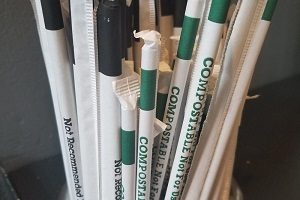 Starbucks stated that it will eliminate plastic straws in its locations by the year 2020. The popular coffee chain uses more than 1 billion plastic straws annually. Starbucks plans to introduce compostable straws or straws made of paper in the near future. It will also offer strawless lids for tea and iced coffee at its stores, including its 264 locations in Maryland.

McDonald’s said it will also experiment with alternatives to plastic straws in the United States later this year. The restaurant will also offer paper straws in its Ireland and U.K. locations. American Airlines also announced that it would follow in the footsteps of Alaska Airlines and rid its lounges and flights of stir sticks.

The danger in nature

Dale Schmidt, chief operating officer at the National Aquarium in Baltimore, is “thrilled” Starbucks has begun phasing out plastic straws. Schmidt also commented that it’s time that a move like this was made. He wondered why more companies weren’t doing the same.

Schmidt shared that turtles will mistake the plastic bags floating in the ocean for jellyfish. The turtles eat the bags and get the plastic caught in their throats, making it difficult for them to breathe. The six-pack holders used to package soft drinks and other beverages pose the same problem. Turtles and other ocean creatures think the plastic is food. Many animals get themselves caught in the plastic and this can cause injury and even death.

A few years ago, the National Aquarium decided to practice what it preached. The facility presents environmental education to its patrons. Schmidt said that it was time for the organization to “walk the walk.” So, in the spring of 2017, the aquarium eliminated its single-use plasticware. It has been replaced with containers that will become compost after patrons have eaten their meals. Some food utensils and containers are also reusable or made from recyclable materials. Beverages are now in aluminum cans or containers that can be refilled. The aquarium has also eliminated the plastic bags and water bottles that were once sold in the gift shop. 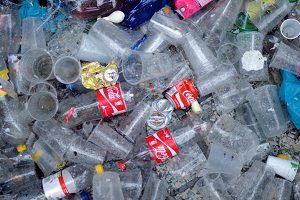 According to environmental experts, 5 trillion pieces of plastic are in the oceans. This causes great harm to the animals and other parts of the ecosystem. A Texas A&M University marine biologist shot a video years ago detailing this. The video showed a straw lodged in the nose of the turtle. The image is so jarring, it has led many organizations to implement straw bans.

A popular restaurant chain in Baltimore, Atwater’s, switched to paper straws a few months ago. The locations have also started offering customers dishes and cups for carryout that are more environmentally friendly. For instance, the lids for the platter trays and the sandwich containers are made from the byproduct of sugar cane. Atwater’s also stopped selling bottled water more than two years ago.

Ned Atwater, the owner of the restaurant, says that recycling is one of the company’s core beliefs. He also says his team members receive lots of comments from customers and have been taking the feedback to heart. Atwater also confesses he had to weigh the cost of recyclable items against the benefits of using such products. He asserts that his company intentionally looked for an alternative to plastic straws. Atwater’s eventually decided on the paper straw. So far, customers have only had positive things to say. This is primarily because the paper straws are just as effective as plastic straws.

Eric Yaverbaum, a New York-based marketing veteran and Ericho Communications CEO, agrees making the move from plastic straws is ideal. Yaverbaum works with companies that want to market in a socially conscious way. He shares that nonplastic straws are not a huge risk. Yaverbaum even thinks the straws could be a smart business move. After all, when a business shows concern for the environment, it can attract customers.

However, it is important to note that several jurisdictions may still ban single-use plastics. Council members in Baltimore are considering proposing a ban on plastic straws. The city council has already passed a ban on polystyrene foam. This is the substance commonly used for carryout trays. The ban will officially go into effect in October 2019. It is likely that other cities will adopt similar policies.