Tech company Scientific Games is going to have to pay another tech company $315 million in an antitrust lawsuit for its card-shuffling technology. The company, which is one of the largest makers of games, game software, and gaming equipment, plans to appeal to the verdict. 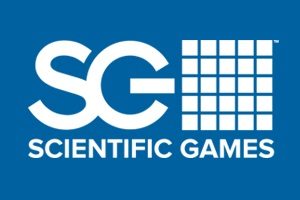 Headquartered in Las Vegas, Scientific Games provides games, gaming products, and services to lotteries and gambling organizations around the world. Its products include lottery systems and tickets. This is what the company produced when it started in 1974. It also makes lottery machines, electronic gaming machines, table games, interactive gaming terminals, electronic lottery games, and gaming control systems. The company is famous for the point-of-sale systems that two multistate lotteries in the United States use. These lotteries are Powerball and Mega Millions.

Scientific Games is a leader in the global lottery industry. Its global lottery revenue is $262 billion and its U.S. market revenue totals $56 billion. More than 40 states and territories offer lottery games in the United States. Scientific Games has recently begun operations in the gambling hardware and technology markets. And, this is where it ran into trouble. Another tech company is suing Scientific Games because it believes it is monopolizing the industry.

Shuffle Tech International is a Chicago-based company that has been producing card shuffle machines for casinos since 1983. It also designs table games for casinos. This puts the company in direct competition for some of Scientific Games’ market.

Scientific Games and Shuffle Tech both make automatic card shufflers. Casinos use these devices as a security feature. They prevent players from counting cards, photographing cards or using other devices to gain an advantage in table games.

Shuffle Tech threw everything but the kitchen sink at Scientific Games with regard to the lawsuit. However, the court rejected many of the claims as unfounded, including the charges of filing frivolous lawsuits.

While Shuffle Tech said it is happy with its deal, Scientific American has said it will challenge the verdict. That will most likely mean the case will see for further litigation, most likely in a federal appeals court. Both Scientific Games and Shuffle Tech feel they have winnable cases. Only one of them will come out a winner in the next round, however.