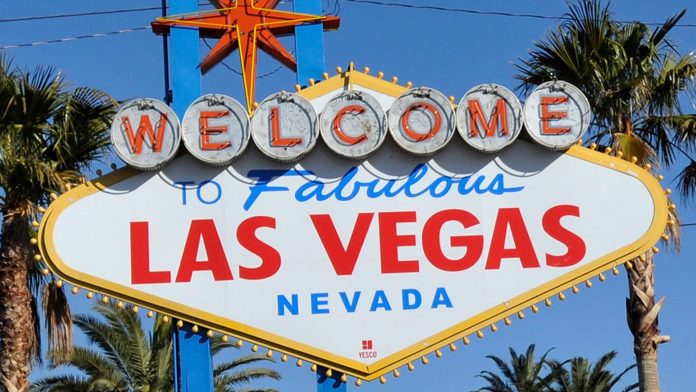 Las Vegas has long been a city linked with folklore and history. Therefore, it comes as no surprise there are some amazing stories that have become urban legends. Although some are pretty crazy, others just might be believable!

Here are some of the top urban myths that are in circulation about the Sin City. 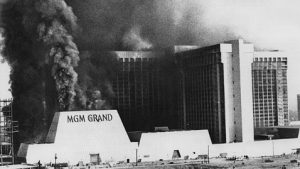 In 1980, a fire ripped mercilessly through the MGM Grand Hotel & Casino resort, killing 85 people. It went down in history as one of the city’s most horrific tragedies. At that time, Vegas hotels had no requirements in place for sprinkler systems to be installed. So, when the fire was triggered by faulty wiring, there was no way of stopping it quickly. Today, Bally’s Las Vegas stands on that site, and it has been rumored that guests who stay in the new hotel’s rooms see the wandering ghosts of the people who died in the fire.

The Ghost of The Dell H. Robison Middle School

Schools have long been connected with urban myths and legends. After all, where better to spread gossip and rumors than in a place where children get together? However, the Dell H. Robison Middle School’s ghost has so many witnesses it’s hard to dismiss this tale as simply someone’s overactive imagination. Students have reported they have seen a man in janitor’s clothes walking around the premises with blood dripping from his hands. Some students even said the man followed them home before disappearing from sight. In a couple of cases, some have even said he appears in their dreams and threatens their lives. Very Nightmare on Elm Street! The strangest twist to this urban myth is every witness has said he or she stopped seeing the man once he or she had been to church. 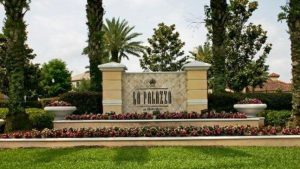 Perhaps the most notoriously haunted buildings anywhere in the United States, La Palazza Mansion has appeared frequently on ghost TV shows. The property’s former owner said he was being haunted and when he tried to face down the evil spirit, it tried to choke him. He only just escaped. When the house’s history was investigated, its owner found there was a hidden room covered with dried blood. There was speculation the house was once owned by the city’s mob and was used as a killing place for the gangsters’ victims. Today, no one lives there, but nobody is brave enough to tear it down either.

This urban legend is so widespread some people believe it’s actually fact. When the Hoover Dam was being built in the 1930s, 96 of its construction workers died. More disturbing than that is the fact seven bodies were allegedly never removed from the dam because they fell through gaps and were buried in the concrete.

A Black Market in Kidneys 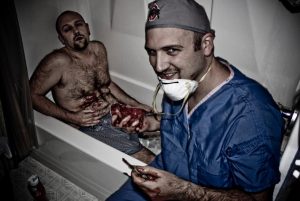 This is a classic urban legend that hits all the spots. The story is as follows: A tourist goes out for the night and meets some local people in the bar. Their drinks get spiked, and, when they wake up, they find they’re in a living nightmare. Think the movie “Hostel.” In 1991, there was a particular rumor that began circulating that someone was spiking unsuspecting drinkers’ beverages when they went out for the night in Vegas so the person could steal their kidneys and sell them. According to the rumor, victims would share drinks with the stranger and then, the next thing they knew, they’d wake up covered with ice in a hotel’s tub with stitches in their back and a note telling them to call 911.

Is It Really Roy? 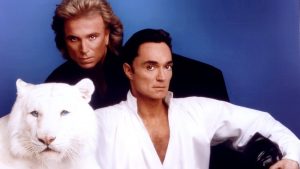 Perhaps the most famous duo to ever perform in Vegas is Siegfried and Roy, well-known for their show at the Mirage Resort & Casino that involved tigers. In 2003, Roy’s encounter with one of his tigers ended his career. But, interestingly, claims have been made the person who was attacked was never Roy in the first place. That Roy was actually already dead and another person was hired to impersonate him in the act. Since then, journalists have asked the medical examiners of Clark County to confirm that Roy was dead. However, the claim has always been denied. The rumor has never died, so we have to wonder what is the truth?

The Curse of Megabucks

In 2000, the Megabucks jackpot was won by Cynthia Jay-Brennan. She won a life-changing amount of money, totaling $34.9 million. Unfortunately for Jay-Brennan, just a few days later, she was in a car accident and was paralyzed for life. So, the rumor began that the prize had been cursed. In 2003, the Megabucks jackpot was won once more – another life-changing sum of $39.7 million. Once again, its winner befell a tragic fate, dying after taking an overdose of drugs. Although there have been no other confirmed deaths following a Megabucks jackpot win, lots of people are still firm believers in the curse. It has been alleged that the prize’s previous winners have been murdered in gang fights, had fatal heart attacks or been killed in plane crashes. Who knows if there’s any truth to the rumor, but it would be a brave person who tried to win that jackpot.

Dead Bodies Under the Bed

One persistent rumor that goes around about Vegas is that a dead body was found in the base of a hotel bed after a vacationing couple complained about the smell in their room. While there is some truth to this story, it never happened in Sin City. The entire rumor comes from newspaper stories about cases from Maryland and Virginia. How the whole thing got linked to Vegas is unknown, but with a name like “Sin City,” it isn’t surprising that stories like this are associated with the place.

These are just some of the urban legends in circulation about Las Vegas. But, there are few places in the world that lend themselves so well to crazy tales and rumors. With such a fascinating history, it’s hardly surprising that these stories have found their way into popular culture.