Some of the best movies in history are those tailored around sports and fighting action. Not only does it give us a glimpse into what life could have been like for some of the world’s most iconic athletes, they also serve as a means of education, inspiration and can be stir up some pretty intense emotions at times. With that said, we thought we would look back through some of those classic moments and hand-pick our top 10 best sports movies of all time. 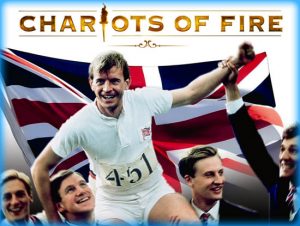 The old and famous Chariots of Fire is based on a true story, which depicts 2 runners with very different backgrounds and characteristics competing in the 1924 Paris Olympics. One is a highly-religious Scotsman (Ian Charleson), who believes he will win the race based on his allegiance to God. The other (Harold Abrahams) is a reserved Jewish Englishman who wants nothing more than to be accepted by his peers and prove to the world that Jews are not subordinate.

Although the film has a racing theme, what really gives it the long-standing reputation it has earned since it first hit TV screens, is how the lives of the 2 men are portrayed very differently. The film touches on their own personal desires for success and acceptance, which many viewers can relate to. 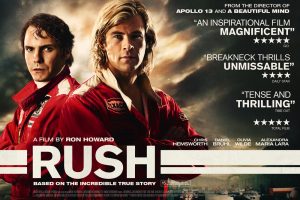 Set in the 1970’s – Rush (2013) is also based on a true story which surrounds 2 passionate Formula 1 drivers compete in the 1976 Grand Prix. It sees the strapping young English womanizer James Hunt (Chris Hemsworth) go head-to-head with an Austrian racing driver named Niki Lauda (Bruhl). The plot focuses on the 2 men’s aspirations to become the ultimate champion during the race, while risking everything physically and mentally possible to get there.

When Lauda has a close encounter with death during a race in the lead up to the main event, Hunt begins to see his opponent in a new light, and recognizes his pure, unconditional devotion to the sport in which they both strive to excel. 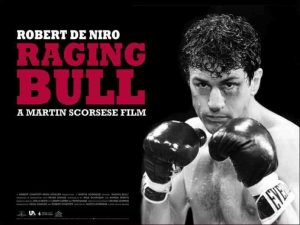 One of the most superlative boxing movies of the 21st century, Raging Bull portrays a young and fierce middle-weight boxer, Jake LaMotta (played by Robert De Niro). His nickname was based on the fact that the boxer would step into the ring on several different occasions, completely annihilating his opponents on every round. But his aggressive and hostile demeanor becomes exacerbated when he does not receive the love and affection from his family that he truly desires.

Though the very nature of this behavior and attitude only fuels his passion and desire to become the title-holder, it reality, all he wants is the opposite; to receive the basic love and appreciation he never had. 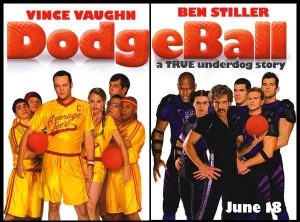 Dodgeball is possibly one of the most comical movies involving balls of all time. White Goodman (Ben Stiller) is the founder and owner of Globo Gym, and longs for nothing more than to acquire Average Joe’s Gymnasium, run by rival Peter LaFleur (Vince Vaughn) – particularly when Goodman discovers the other gym owner is in $50,000 worth of debt. Desperate to find ways of raising the cash, LaFelur sets about creating a dodgeball tournament. This sparks a retaliation from Goodman, so he decides to create his own tournament so the 2 can compete.

Up until that point, the “Average Joes” performance can only be classed as ‘below average’ until dodgeball professional Patches O’Houlihan steps in to train the guys up in order to claim victory. 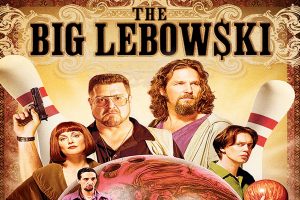 It may not be considered the most conventional kind of sport, but bowling is still an activity that many love, and no one makes it looks quite as much fun as John Goodman and Jeff Bridges do in this movie. The Big Lebowski revolves around an under-achieving slacker called “The Dude,” who has his identity mistaken for a millionaire, handicapped war-veteran who shares the same surname. When 2 ruffians urinate on the Dude’s precious rug for not paying off “his” debts, he becomes outraged.

With the help of his anger-driven, gun-pointing friend Walter (Goodman), the two set out to recompense the ruined rug from the millionaire (David Huddleston), while attempting to ward off an additional string of bandits, who all mistake the Dude’s identity for his affluent counterpart. 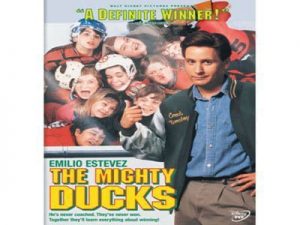 The Mighty Ducks is a rendition of how easy and simplistic life is during childhood.  Only to the hockey team, winning the match is the equivalent of a hard-working aspirer scoring their dream job. The story sees a man called Gordon Bombay, once a star player in his champion hockey team, until he lost a game of vital importance when missing a goal during a shootout. The anger towards himself soon leads him to drink heavily and have his driving license revoked after being discovered drunk at the wheel.

Instead of facing the traditional consequences, the court orders that Bombay coach the lowest-league, peewee hockey team instead. Though he is reluctant initially, he agrees, and eventually gains the admiration and respect from the young boys. His success ultimately pushes him to face the demons which have been haunting him throughout his own hockey career. 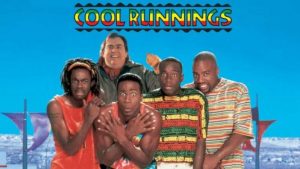 Disney’s Cool Runnings has been a family favorite for many since it was releases in 1993. When Irving Blitzer loses his gold medal after officials discovered he had tied extra weights to his team’s bobsled. He shamefully goes off the grid for a few years, before one of his former friend’s sons fails to make it into the qualifying league for the 100-metre sprint in the Olympics due to an accident. When the son catches wind that the former bobsledder is living nearby, he tries to persuade Irving to form the very first Jamaican bobsled team. Initially, Blitzer cannot take the proposition seriously, but the teams dynamic and spirit quickly and surprisingly changes his mind. 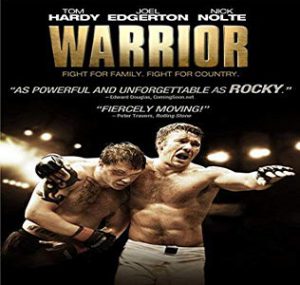 Who doesn’t love a bit of Tom Hardy? Warrior, though adrenaline-pumping as it may seem, is actually quite a sad and disturbing story. The film depicts 2 distant brothers who grew up to live very different lives. The younger of the two, Tommy (Tom Hardy) is a former Marine who is haunted by his past in the forces, and returns to his hometown in Pittsburgh to find himself. The other brother, Brenden (Nick Nolte), is a school teacher and ex-MMA fighter facing financial difficulties and the ability to keep providing for his family.

Their father, also an ex-fighter and recovering alcoholic – trains up Tommy to compete in an MMA tournament, with a $5 million prize for the ultimate champ. Contrary to early beliefs about his performance and fighting abilities, Tommy turns out to be quite the fighter. But when he is met face-to-face with his brother Brenden in the final round, the story twists into an intense and heart-wrenching escapade. 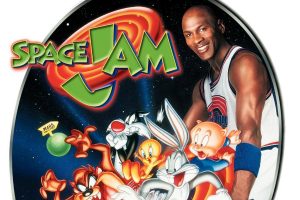 The 90s was a golden era for movies as it is, but when Warner Brothers put the legendary Michael Jordan and Bugs Bunny together in a movie – the result? Space Jam! An undeniably fun-packed, ball-bouncing adventure that sees animation and real life blend into one colorful and exciting endeavor. Jordan is of course retired from basketball in this movie, and instead he is pursuing a life focused around his family and other passions, golf and baseball.

Unbeknown to him, in the cartoon world, Bugs and Co are about to be overpowered by some extra-terrestrial beings in a game of basketball, after the ugly villains stole the “talent” of other notorious basketball players. Soon realizing the “Looneys” are no match for their alien opponents, Bugs and Daffy Duck embark on a quest to find Jordan to help them win the game and reclaim their freedom within Looney Toon Land. 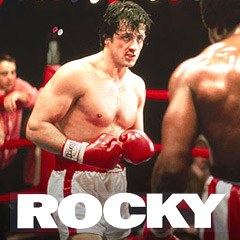 No list of the ultimate sports movies would be complete without our beloved Rocky. The iconic movie follows the life of a small-time boxer called Rocky Balboa (Sylvester Stallone), a debt collector with an uncontrollable desire and dream to become the world’s heavyweight boxing champion. But of course, no one takes him seriously in the beginning, until the day the famous Apollo Creed visits Rocky’s hometown in search of a worthy opponent. Out of all the men Creed was able to choose at his disposal, he hand-picked Rocky to go up against him in the ring, purely because of his Italian roots, dubbing him “The Italian Stallion.”

Rocky sees this as a chance to finally make it to where he wants to be, and begins vigorous and intensive training with the help of ex-boxer Mickey. The resulting quest for glory sees the aspiring fighter take the title and officially ‘go the distance’ in the ultimate story of redemption.

The list of awesome films and television series around sports is probably endless! But for us, these certainly rank as some of the most comical, fun and enthralling movies out there! So, if you’re strapped for something to watch over the upcoming cold months – pick one of the above to snuggle down with some popcorn and a hot cup of cocoa. If you’ve not seen any of them, you’ve got at least a week’s worth to get through here, and we’re more than confident you won’t be disappointed!