The Gaming Laws in India

Each individual Indian state decides the laws for gambling. The federal government has no say over it. The national gambling law in India is more than 150 years old, and it contains some inconsistencies. Called the Public Gaming Act of 1867, the law prohibits any person from opening a “public gaming house,” even though casinos exist in the country. National laws in India classify gambling into two categories: skill games and chance games. For example, lotteries are games of chance, but poker is a game of skill.

There are only three states in India that allow casinos. They are Daman, Sikkim, and Goa. There are 15 casinos in the country, with the majority of them in the state of Goa. While some casinos are land-based, others are floating river casinos. The Information Technology Act of 2000 completely prohibits online gaming Despite it being illegal, however, Indians still find ways to gamble online or via a mobile app. 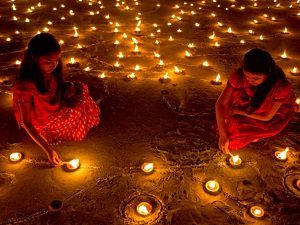 Because India has three major religions, there are many festivals in the fall that celebrate the harvest season. One of the largest festivals, Diwali, celebrates light and love, and the triumph of light over darkness. Diwali is a popular festival in India and is one of the most celebrated festivals in all of Hinduism. In preparation, businesses and people decorate the buildings with lights. Diwali lasts five days. The festival of Diwali varies by date, but it is always between mid-October and mid-November.

Other faiths with large populations in India also celebrate festivals at or near the same time as Diwali. For example, Jews in India celebrate Rosh Hashanah and Yom Kippur at around the same time as Hindus celebrate Diwali. Jains celebrate a form of Diwali, as do Buddhists. The Sikh religion, which has most of its adherents in India, celebrates Bandi Chhor Divas. One of the largest Sikh celebrations, Bandi Chhor Divas celebrates the freedom of one of its major religious figures. Several Muslim celebrations also occur at this time, including Ashura and Eid-e-Zahra. All of the celebrations mean people are in the mood to have large parties, with lots of food and family. And, they celebrate by gambling.

Arrested at the Bus Stop

In Khopat, police arrested 48 people, both men and women, for gambling at a makeshift gambling house above a state transport bus stand. The raid took place based on a tip from someone in the community. It occurred early in the morning. Police estimated that a large number of people would be there at that time. The game the gamblers played was a form of craps, locally known as Shravan. The gamblers had to purchase plastic coins to play. While not very large, police said the raid will lead to further ones with links to larger amounts of money.

Many of the people arrested were from the southern state of Gujarat. The police believe that is the reason the institutions could be found in bus terminals and train stations. They wanted to take advantage of itinerant workers who travel to larger urban areas to work. The police said this is one of the reasons they started the raids in the first place.