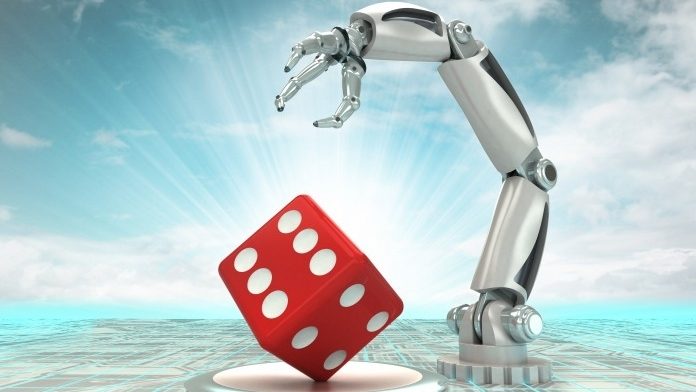 Artificial Intelligence is now strongly being considered as an option to help decrease the rate of problem gamblers.

Artificial Intelligence, or AI, is something that continues to face both controversy and praise for its benefits, as well as its potential dangers. However, there is a major upside to AI, and it is one that can possibly help to prevent gambling problems, which includes addiction to the activity. One company, in particular, has developed software that is a form of AI. It is called AEI, which stands for Artificial Emotional Intelligence. According to Casinopedia.org, the software will have the ability to detect the emotions of a casino patron and provide a glimpse into what they feel in that moment.

The emotional detection, which will take place in real time, will be able to pick up on a range of emotions, including panic or distress. The software will ultimately help to identify any potential dangers before any harm takes place, thus preventing a gambling problem from occurring.

Various Technologies on the Rise

Currently, many regulatory bodies, as well as some online gambling operators, are working to help solve the issue of problem gambling. Artificial Intelligence could potentially help a great deal, and, because of this, more and more companies are starting to develop technology that will help to identify any problems before they start. As previously mentioned, the technology company Human is currently working on software that will detect real-time emotions in gamblers and aid in prevention. According to Casinopedia.org, another software is currently in the works. The charity known as GambleAware may be soon releasing its new product. The software will be a tool that can also detect behaviors in gamblers before they potentially get worse. GambleAware has conducted research that has revealed a connection between how quickly someone reaches addiction and the behaviors produced while playing. The charity’s goal with its software is to ultimately develop a way to help its players stay on track and help improve potentially harmful behaviors through observation. However, this may be a bit of a challenge because the majority of gambling is now online. This makes it much more difficult to intervene.

The Ongoing Push for Social Responsibility

According to Casinopedia.org, Yi Xu, Human’s CEO, says when it comes to the gambling industry, “social responsibility is a big focus area.” Xu adds that having the ability to identify people’s emotions by way of artificial intelligence will help to combat problem gambling by “giving providers the foresight and ability to increase their commitment to social responsibility.” He said it will help to “track behavior and take appropriate action in advance of the situation worsening.”

The most important thing to note is the fact these companies are making sure problems are detected beforehand. Some of the current software detects issues after the problem has become worse. For instance, GambleAware wants to be sure it catches the issue way before players feel the effects of their behaviors. It wants to make sure patrons don’t have to deal with the harrowing after effects of gambling problems, such as experiencing family, friends, or financial losses. Another operator in the online gambling industry has conducted research on the topic and has discovered even more ways to help those who suffer from problem gambling and exercise prevention. the company intends to move forward and begin putting various responsible gambling methods into action by making sure players play safely, not advertising to minors, and providing any information to anyone who wants or feels he or she may need to learn more about gambling responsibly.