It’s been five years since the Bay Area’s biggest casino opened its doors. Graton is located on the western border of Rohnert Park. When the establishment opened for business, citizens and patrons were both hopeful and skeptical. After all, a casino of this magnitude had the potential to significantly change Sonoma County. 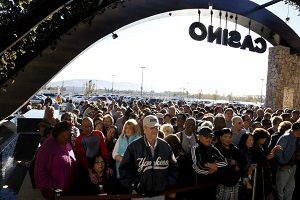 When Graton opened, thousands of customers crowded Highway 101 and the side streets surrounding the main road. These gamers couldn’t wait to experience the gambling hub, which cost $825 million to build. Graton was constructed to mimic the elaborate casinos in Las Vegas. The facility was built on a former cow pasture. The casino was designed as a result of collaboration between a once destitute Native American tribe and a Nevada casino giant.

Those who were critical of Graton’s opening warned the facility, which is 320,000 square feet, could have negative consequences. Graton would cause more traffic in the area. Critics pointed out that there would be more crime. More access to gambling could also result in personal bankruptcies. Those who were concerned about the environment pointed out that the casino could damage the natural environment in the area. This could lead to depletion of the groundwater supply. However, Graton advocates countered these skepticisms. Those in favor of the casino stated opening the business would create more jobs in the area. The casino would also help to financially revitalize the Native American tribe. The land that belonged to the tribe was stolen from them by Congress over 150 years ago. Casino supporters also addressed the fact that opening the business would fill government coffers.

Graton Is Still Drawing a Crowd

Traffic has slowed down significantly since the Graton Resort and Casino opened in November 2013. However, tens of thousands of patrons still visit Graton every week, according to the casino’s executives.

Graton has also become one of the biggest private employers in Sonoma County. The casino property is 254 acres and has become a popular tourist destination in the Bay Area in the last few years.

Graton and Its Native American Tribe 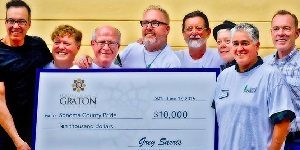 The Federated Indians of Graton Rancheria, the tribe that owns the casino, have also started to make more of a political impact. The Native American tribe has launched a number of campaigns that are worth hundreds of thousands of dollars. According to tribal leaders, the casino generates revenue in the hundreds of millions of dollars.

Members of the tribe have significantly benefited from Graton casino since the facility started welcoming patrons. The facility’s profits have funded yearly payouts to tribe members. Revenue from Graton has also contributed to social programs and college scholarships. Those who support the casino also say the surrounding community has benefited as well. The tribe has expanded its charitable donation by tens of millions of dollars. The funds are required contributions toward local government budgets.