There is a growing concern in the baseball community. Players are worried that the Seattle Mariners are another team rebuilding in the league. The Mariners may not be the only team in the rebuilding phase. This news comes after a season of significant drops in game attendance. Drops in attendance among clubs faded early in the season and never contended for the playoffs.

What Management Is Doing

Tony Clark, the head of the Union, and Bruce Meyer, the collective bargaining director who is new to the team, have a plan. The two confirmed their members have expressed concern about the changes in how baseball is played. This includes the growing use of relief pitchers. Clark and Meyer have stated they are willing to talk to management in the offseason about the possible necessity of counteracting changes. 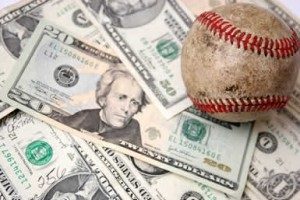 The changes that may need to occur in baseball could include making alterations to the amateur draft. This will include lotteries for top picks that are similar to game betting for the NBA. The style of betting will also include a 10-day disabled list and a 10-day minimum for minor league player recall. These are some of the topics the union is prepared to discuss as part of a broader solution. Another topic of discussion is rules to offset the offense-stifling defensive shifts.

The union continues to state that its agreement is needed for changes in regulations against gambling. The changes come in the wake of the decision by the Supreme Court. The decision to allow legal betting in more states occurred earlier in 2018. 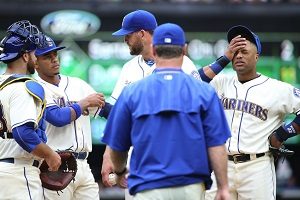 Seattle decided to trade Edwin Diaz, Robinson Cano, Jean Segura, and James Paxton. This was a concern for players who were already upset about the teams that had been jettisoning baseball veterans. Other teams that went through a similar trading process include Baltimore, Chicago, Detroit, Cincinnati, Miami, Kansas City, and Pittsburgh.

Clark states, “We have seen some things that are eerily similar to last offseason. One of the concerns in general has to do with the level of competition or interest in competition across the teams in general.” Clark further explained, “When you have teams who are as we’ve seen already moving considerable amounts of their roster and/or other teams who are talking about doing so, it raises concerns about how that’s going to affect the market.”

A few hours after Clark made these statements, Arizona sent all-star first baseman Paul Goldschmidt to St. Louis for prospects. This was perhaps an indication of the exodus of baseball veterans from the team and the game in general.

What Players Are Saying

Baseball players have resorted to referring to the athlete trading and retirement process as “tanking.” Baseball managers, however, are saying this is a normal part of rebuilding. The managers say things like this have been going on throughout the history of Major League Baseball. In 2018, there were three 100-loss teams for the second time since 1985. The league has eight 95-loss teams for the first time in the history of the league.

According to MLB, 27 percent of teams have 90 losses or more in each of the past three years. This figure has gone up and down between 20 and 33 percent since 2000.

Dan Halem, MLG Deputy Commissioner, also asserted, “Last offseason, the union filed a grievance against four clubs that it claimed were not trying to win.” Halem was referring to a case against Oakland, Pittsburgh, Tampa Bay, and Miami. He further explains that “One of those clubs made the playoffs, another club won 90 games and a third club was in contention through the trade deadline. I don’t think the players’ association has credibility on opining on how clubs will perform.”