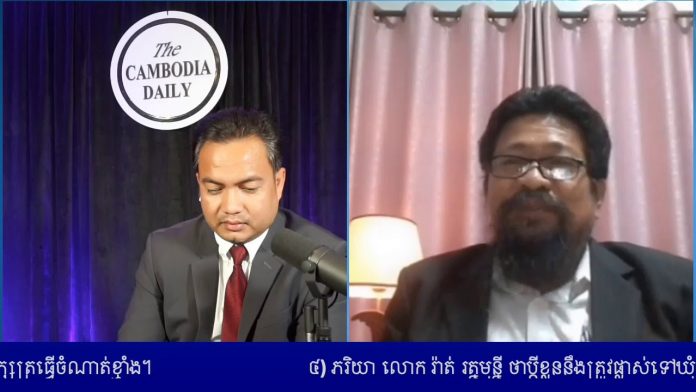 The Jin Ding Hotel and Casino on Koh Rong Samloem Island was just one of many Chinese-owned casinos catering to Chinese gambling tourists – until it began polluting the ocean with raw sewage. The casino was closed, but local Cambodian activists demand that the building be demolished.

The Jin Ding Hotel was cited for violations ranging from noise pollution to actual pollution, when authorities observed a stream of raw sewage emanating from the hotel and leaking into the ocean. At first the hotel ignored the warnings, while local law enforcement had its hands full with illegal immigration, casino violence, and Chinese triad gangs. Environmental concerns were not high on their priority list.

Authorities finally closed the Jin Ding for operating without a valid casino license. The property was vacated and shuttered, and has remained closed ever since. However, local activists fear that if the property is not completely destroyed, it may be opened again one day under new ownership.

The Cambodia-based environmental group Mother Nature has filed petitions with the local government demanding the destruction of the former gambling den. The group cited several delays and broken promises made by officials, who said they would tear the property down. The group accuses local authorities of being “slow and unwilling to implement the law.”

In addition to their legal efforts, Mother Nature said in a statement that young Cambodians will march in the province in protest, demanding that the authorities do their job. In response to the potential protests, a representative of the provincial court said that while no date has been set for the demolition of the resort, it will in fact remain closed.

The region in question also includes the popular gambling resort town Sihanoukville, which has become a magnet for Chinese gambling tourists, mainly because most of its casinos are Chinese-owned and operated. However, rapid expansion into the gambling sector with little or no oversight has led to major problems for Sihanoukville, including beatings, kidnappings, and murders, all attributed to Chinese triad gangs.