The U.S. Supreme Court’s decision in May to throw out a 25-year-old-law banning sports betting has had ramifications throughout North America, as well as Europe. The High Court ruled that states should be allowed to decide for themselves whether they want to legalize sports gaming. The 25-year-old law, PASPA, outlawed sports betting in every state but Nevada. While sports betting entities in the United States are celebrating, and states are planning to pass legislation to allow sports betting, U.S. cities that sit along the border between Canada and the United States are pushing their state legislatures to allow single-bet gambling on sports. Currently, Canada only allows parlay betting, which means that Canadians can bet on one sport over a series of games or more than one sport on one day, but are not allowed to bet on a single sport.

Canada’s Betting Focus and The Problem with the Law 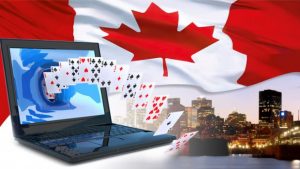 Many forms of gaming are allowed in Canada. Canadians have casino gambling facilities that are owned by companies and gambling facilities that owned by First Nations tribes. In addition, Canada also has online gaming in many areas of the country. Horse tracks are prevalent in some areas of Canada as well. Most provinces in Canada also have lotteries for their residents to play.

The Border Towns and Gambling Revenue

Several towns are either directly across the border from the United States or close to the border: Vancouver, Victoria, Calgary, Regina, Winnipeg, Thunder Bay, Ottawa, Montreal, and Fredericton. All these towns have some form of gambling, including sports gambling. These cities are located close to cities in the United States that could potentially allow sports gaming, such as Seattle, Boise, and Detroit.

While the proximity of these large American cities to the Canadian border is concerning, it compounds a problem that is already concerning for the Canadian government: illegal offshore sports gaming. Researchers have estimated that Canadians spend more than $5 billion every year on illegal sports betting online. When the gambling is done illegally offshore, the country loses out on gaming revenue. Many provinces in Canada have decided to begin campaigning for single-game sports gambling to be up and running before states in the United States decide to start their own gaming processes, both onsite and online.

Canadians are already starting to see the problems with gambling when people begin to cross the border into the United States because of its availability there. Three casinos in Detroit have reported booming business in the last two months because of the closing of the large casino in Winnipeg over a labor dispute. The Detroit casinos are offering incentives for those Canadians who choose to stay in Detroit and gamble rather than returning to Canada to gamble if the Caesars casino in Winnipeg reopens. Canadians who want to keep the gambling revenue in Canada are concerned that the same thing could happen to sports gaming overall in their country if the government in Ottawa doesn’t act quickly.