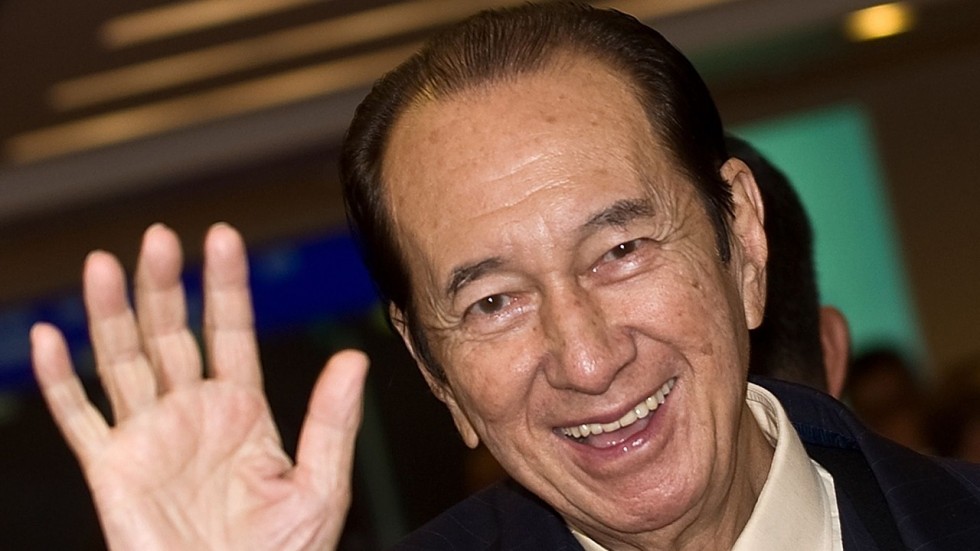 Stanley Ho, who is considered the driving force behind Macau’s boom in gambling, has decided to retire at the end of the business quarter at the age of 96. Ho, who was chairman of SJM Holdings Ltd., has led an extremely flamboyant life and remains one of the wealthiest individuals in Hong Kong. At one time, the business tycoon was thought to own or be involved with half the businesses on the island of Macau. And, although he no longer owns quite as much land as he used to, his company still has controlling interest in several casinos in Macau and throughout Asia.

Ho was born into a wealthy family in Hong Kong. However, his family went bankrupt. This financial hardship caused two of his brothers to commit suicide. His great-uncle, Sir Robert Hotung, was one of the richest people in the late 19th and early 20th centuries because of his import and export business.

Ho was granted the first gambling license in 1962 when Macau was a Portuguese colony and maintained a monopoly on the island until 2002. As it is, Ho and the many casinos he has partial or complete ownership in are responsible for up to 80 percent of the economy of Macau, which is why he is called both “The King of Gambling” and “The King of Macau.” His net worth, according to Forbes, is approximately $3 billion.

The entrepreneur first went to college and, then, when World War II broke out, he went into business. Ho began as a smuggler and importer and then funneled his money into construction and fuels in order to amass his wealth. Because he spent years in Macau and had the money, he and his partners pressured the island’s government into issuing a license for gambling.

The government of Macau promised to give them a monopoly on gambling. In return, Ho promised to aid in the construction of the infrastructure the area desperately needed, as well as help to promote tourism. Ho also owns interests in hotels, banks, airlines, and the entertainment industry. In addition, his company also owns businesses or has interests in other nations as well, such as Timor, Vietnam, Mozambique, Canada, Portugal, Hong Kong, China, Indonesia, and the Philippines.

Ho, who is considered an empire builder, has been compared to Hugh Hefner, the founder of Playboy magazine in the United States. Hefner was known to have led a colorful personal life and the same can be said of Ho. He married in 1942.

And, while he claims to have several wives, there is no record he ever divorced his first wife to marry the other three women who were known to be his partners. It is known Ho had at least three other partners between 1942 and now. In addition, Ho fathered 17 children, and 16 of them are employed in various interests in the corporation. One of his sons, Lawrence, is not employed with Ho’s company, but instead runs a rival casino company in Macau called Melco Resorts and Entertainment Ltd.

Ho’s company, SJM Holdings, is expected to replace him with someone already employed on the company’s board after he announced his retirement at a recent meeting in June. Ho will still have a position in the company – chairman emeritus – although his day-to-day role is expected to change. It remains to be seen whether Ho’s company will continue to remain profitable after he retires. There had been speculation that he might retire at any time in the last year or so given his age and health.