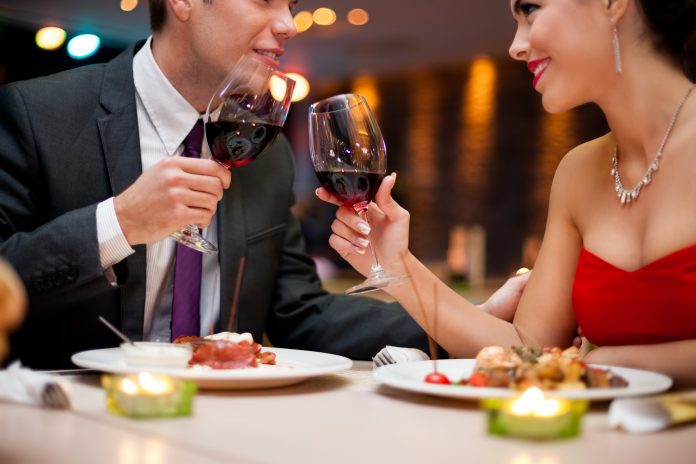 Atlantic City is known as a gambling capital in the United States, with loose slots and fun table games, as well as world-class entertainment. The economic recession of 10 years ago caused a decline in revenue for the casinos. But, now both the casinos and the area are seeing an upswing. Two new casinos opened at the end of June, the Oceans Casino and the Hard Rock Casino, and that means there are new, world-class restaurants to choose from. With so many different restaurants available, you are sure to find something that will satisfy your taste buds.

The Golden Dynasty Restaurant at the Tropicana Casino has been rated by casino players as one of the best casino restaurants in town. The décor is not what you would expect from a typical Chinese restaurant, in that it is luxuriously appointed with a rich gold theme and fabulous seating. Of course, all of your old Chinese restaurant dishes, such as spring rolls, Peking duck, and chow mein are here, but there are also interesting dishes not found at Chinese restaurants anywhere, such as shredded jellyfish as an appetizer or abalone with black mushrooms, which has been rated as excellent. The service received high ratings as well. 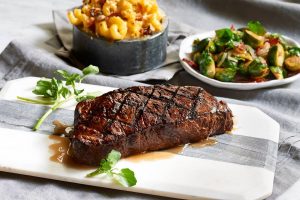 Morton’s The Steakhouse is located in one of the casinos on the Boardwalk — Caesars Casino and Hotel. Considering the number of changes taking place on the Boardwalk lately, Morton’s has survived because of its staying power. First, Morton’s is known as a world-class place to get a steak selected and aged to perfection and, then, cooked to order. The restaurant consistently receives high praise for its exceptional service, top steak, fresh fish and seafood, and inventive table presentation.

Private dining for groups of several different sizes is available given the proper amount of notice, and the staff is very accommodating. This is not a place where you can show up in your blue jeans and flip-flops. But, if you want upscale drink service from knowledgeable bartenders, sommeliers who actually know good wine, and a chef who knows how to treat customers, Morton’s is the restaurant for you. 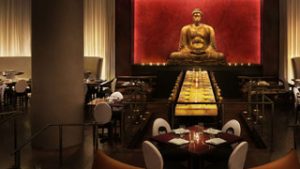 You cannot speak about Asian food without discussing Buddakan, located in Caesars. Don’t darken the door of this restaurant if you are budget conscious because Buddakan is not a budget restaurant. You can clearly see this when you walk in and take your first glimpse of the giant gold Buddha, which forms the centerpiece of the main dining room. The restaurant features a traditional Asian décor with added flair. Several private dining rooms, featuring gold cushions and throw pillows, have booths guarded with gold beading and chiffon curtains for the ultimate in privacy for your special night.

The menu, which is Asian fusion, with influences from China, Japan, Korea, and Thailand, is unique. First, the food is presented to the customers with the Japanese notion of art in the presentation. Flowers, sauces, and garnishes are added to really make the dishes stand out. The Alaska King Salmon is unlike any other salmon dish in the area. The Wok Cashew Chicken sounds like the ordinary fare you’d get from any takeout, but it is a blend of typical Chinese cuisine and a mix of extraordinary flavors. One of the best dishes on the menu, however, is the Wasabi Crusted Filet Mignon, which is a unique taste creation of hot and spicy with a good steak. The service, like the food, is impeccable. 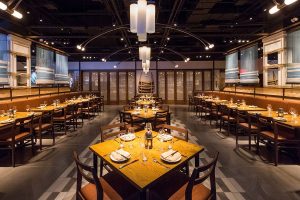 While all of the other restaurants on the list are at established casinos, Amada restaurant is new – but not new. The Amada is a story of perseverance. Chef Garces opened his first Amada restaurant in Philadelphia in 2005 to explore his love of Spain and Spanish cuisine. A tapas restaurant (tapas from the Spanish verb ”to cover”) usually means a sampling of food or a snack. Tapas was originally offered in small restaurants or hotels that served visitors to the farming areas of Spain. Tapas began as a way to protect sherry from pollution by flies during a meal and contained thin slices of bread and meat, usually ham or chorizo with a dense bread. Originally meant to be an afterthought, tapas became very important in Spanish cuisine. Tapas has been constantly changing in Spain as influences from other countries worked their way into the country, such as the Roman culture, which introduced olives, and the American/Native cultures, which introduced corn, chili peppers, and potatoes.

Chef Garces opened a second Amada restaurant in the Revel Casino in 2012, seven years after his first restaurant opening. And, while the restaurant was very successful, the casino was not. The casino went through bankruptcy twice in the handful of years it was open. The Revel was plagued by design flaws, most notably the wall the casino built that blocked access to the Boardwalk and the ocean beyond, and the mismanagement of the casino and resort by people who did not have experience in the gambling business. However, the new owners have extensive experience in gaming. After the Amada restaurant in the Revel was forced to close with the casino in 2014, the new Ocean owners convinced Chef Garces to take a chance on the new casino and reopen.

The second version of the Amada does not disappoint. Although it has only been open a few days, the whole concept is that of a bodega in Spain, complete with hanging meats and an intimate dining atmosphere with a rural and rustic feel and a gorgeous view of the ocean. Don’t let the idea of “tapas” signify cheap appetizer to you because Amada is very high-end. However, the amount of food offered to you by the restaurant is plentiful and delicious.

Examples of the offerings at Amada include olives imported directly from Spain, patatas bravas, which are roasted potatoes with a variety of toppings, a variety of cheese plates with cheese to fit every wine selection and appetite, different types of salads, including an extraordinary quinoa salad, fresh clams, and the trademark chorizo. The roasted pork is some of the best to be had anywhere on the East Coast. Take advantage of the exceptional wine service as well, as dozens of exquisite Spanish and Portuguese wines are available. In addition, the overall service in the restaurant has been rated as excellent.

It would appear that the opening of the two new casinos and the remodeling of more can only benefit the cuisine of New Jersey, which has received its share of detractors over the years. While many people love the cheap food and saltwater taffy that can be found on the Boardwalk, others who are visiting Atlantic City to gamble are increasingly expecting restaurants that reflect a more sophisticated palette of visitors from both New York City and Philadelphia, who desire restaurants that can offer more than hamburgers and pot stickers.

While these restaurant offerings don’t include all of the great restaurants in Atlantic City, they do offer a sampling of the kind of food you can expect when you visit the area, as well as the level of deliciousness you can anticipate.