Georgia is one of the most antigambling states in the United States. In fact, it prohibits nearly all forms of gambling. There are no casinos in the state. The closest casino to northern Georgia is along the state line with South Carolina. The closest casinos to southern Georgia are in Alabama. Not only are there no casinos, but there are also no horse or dog tracks. There is charitable bingo, and people can sell raffle tickets. There is also a multistate lottery and a state lottery. Very little legal gambling occurs in Georgia.

Gambling in the Peach State has long been considered a sin. However, there are some signals that a change might be on the horizon. For the first time, Georgia may be on the verge of at least considering legalizing some forms of gambling.

Georgia began its life as an antigambling British colony. James Oglethorpe, the founder of the colony, wanted it to be a haven for people who were in debt. These people could come to Georgia and work hard. Some of the first colonists came from debtor’s prisons. One of the vices prohibited in the colony was gambling. Oglethorpe did not feel that a debtor’s colony should have gambling. The state has been largely gambling-free since then. Until now, most people in Georgia believed that they should not gamble because of religious reasons.

There is one large reason people in Georgia may change their minds about gambling. The Hope Scholarship Program covers two kinds of educational programs. First, the state gives the Hope Scholarship to postsecondary students. Students who make good grades can attend vocational, community or four-year colleges for free or at reduced rates. Second, the program pays for the state’s voluntary prekindergarten program. Tens of thousands of children use the Pre-K program each year.

Because revenue from the Georgia Lottery pays for the Hope program, the program depends on it. Also, the amount of money it allocates depends on the number of students who are attending post-secondary programs. Georgia has seen record enrollment in its postsecondary programs. This record enrollment has strained the program’s budget. Legislators have decided that fully funding Hope is paramount. 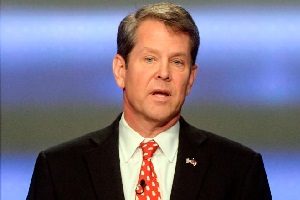 The former governor was completely antigambling. He threatened to veto any bill that would expand gambling past the lottery. However, there has been a bit of a sea change in the state capital. First, the new governor, Brian Kemp, has said that he would approve a gambling measure under certain conditions. Second, legislators have heard from the public that the Hope program is more important to them than gambling. The people of Georgia have spoken. They want their children to attend Pre-K programs. They also want the state to pay for their children’s college education.

State Representative Ron Stephens has put forward this gambling bill. He has also proposed the bill in the past. The Republican from Savannah has said he feels legalizing casinos in Georgia would bring in additional money to its economy. The latest bill asks for three gambling centers across the state. One will be in Savannah and the other two in different locations. There has been some pressure to locate one casino in Atlanta. Stephens has said three casinos would generate up to $3 billion in revenue a year. The money would go directly to the Hope Program.

The bill has cleared the House, but it faces more opposition in the Senate, which is more conservative. If it clears the Senate, it will be the first gambling change in the state in more than 300 years.