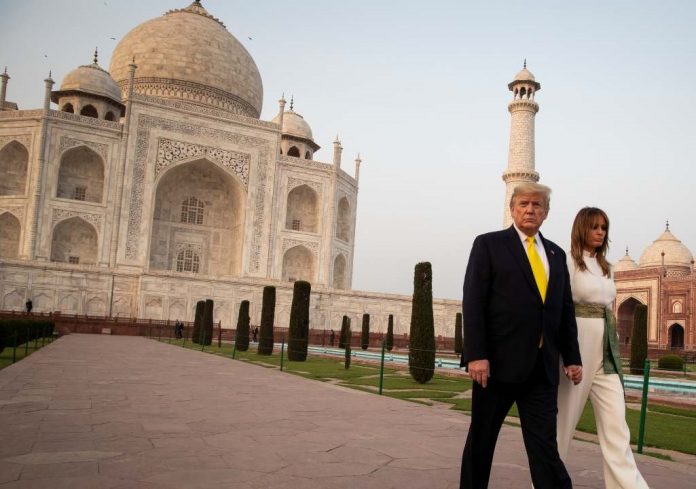 President Trump made his first visit to the real Taj Mahal in Agra, India yesterday. The cultural icon has been a traditional posing point for foreign dignitaries for years, and the namesake of the doomed Trump Taj Mahal in Atlantic City.

When Trump opened his Taj Mahal casino resort in Atlantic City in 1990, he called it the 8th wonder of the world. The ‘wonder’ was later fined $10 million for failing to report suspicious transactions and alleged mob links. In 2016, Trump’s Taj was shuttered, and its contents liquidated in a public auction. It slowly moldered away for years before being bought and renovated by Hard Rock International.

The real Taj Mahal was built in the 17th century as a mausoleum for Emperor Shah Jahan’s favorite wife, Mumtaz Mahal. It was called one of the seven wonders of the world and has become one of the most popular tourist attractions in the world with over 6 million visitors per year. 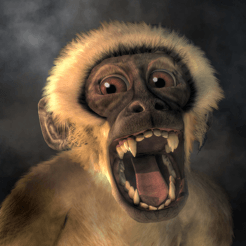 In preparation for Trump’s visit to the Taj Mahal, the Indian government took extensive steps to ‘sanitize’ the area beforehand. The hordes of monkeys living on the grounds were rounded up and removed. Concerns over aggressive monkeys prompted the temporary monkey ban. Of course, the site of the monument itself was cleared of all tourists to make room for Trump and his wife.

Footpaths around the monument were cleaned up and beautified, and roads leading to the Taj were sprinkled with water to avoid dust clouds during the presidential motorcade’s arrival. The government even ordered fresh water to be pumped into the nearby river in order to dilute its usual smell.

We can only imagine the amount of time and energy spent ‘sanitizing’ the Taj Mahal site before Trump came to ham it up for the cameras. The media did not report what they did with the monkeys, but we can safely assume they were killed and quietly eaten in the nearby villages. This may seem like an extreme act on the part of the Indian government, but they did not want to risk an international incident during a primate attack.

The Taj monkeys generally only get ‘aggressive’ when they spy some fat American tourists chewing on greasy sandwiches while visiting the Taj. They will snatch bags of food and run away, which is in their nature. 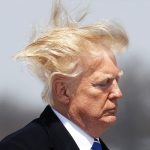 But locals feared that a wind might crop up suddenly, causing Trump’s legendary combover to flap freely in the breeze. This rare sight would startle and frighten the average Taj monkey, causing it to become aggressive. There was even the possibility that a randy monkey might attempt to mate with Trump’s flapping mop, to the shock and horror of First Lady Melania Trump.

And hasn’t that poor woman been through enough?