Century Casinos, Inc. is a US-based gaming operator and casino with headquarters in Colorado Springs. The company has been able to cut its losses and reports that it ended 2018 with a reduction in red ink at its Vietnam location that should be no more than $3.6 million. Century is part of a Vietnam gaming venue that provides nine electronic table games and is just 300 feet from the China-Vietnam border.

In a recent filing with the NASDAQ exchange, Century Casinos said that the majority of its 2018 loss in Vietnam was due to a deal that involved purchasing a stake in Minh Chau Ltd. Minh Chau Ltd. is a Vietnamese company, and the sale was scheduled to be complete in April 2021. The purchase would go through Golden Hospitality, a company that is 51% controlled by Century Austria. Golden Hospitality currently owns 92.1% of Minh Chau and will likely buy a total stake of 51% in two years for a full price of $3.57 million.

Minh Chau currently runs the Century Vietnam gaming club. The facility is in Ta Lung, which is on the Sino-Vietnamese border, making it easy for Chinese gamblers to access. The casino is only open to foreigners since Vietnamese nationals are still not legally allowed to gamble. However, the ongoing pilot program could make gambling legal for Vietnamese people in the future.

Century is satisfied with maintaining its position in Vietnam and does not anticipate expansion plans soon. Erwin Haitzmann, the CEO of Century, talked with investment analysts during a recent conference call. Haitzmann stated:

“We are investing some small amounts and upgrading the existing facility. And then we want… at least until the end of summer or toward the end of the year… to watch how… what kind of an impact that has, then make a decision.” 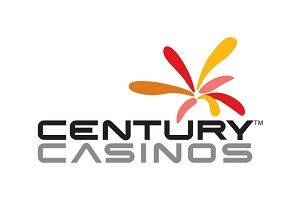 Century Casinos were founded in 1992 and has been listed as CNTY in the NASDAQ Capital Market since 1994. The casino corporation offers entertainment as well as a variety of table games at each of its award-winning casinos. Century Casinos also owns horse betting facilities, racetracks and several hotels, restaurants, and bars. The company owns comedy clubs, event venues an indoor mini golf and bowling alley so that even patrons who do not want to gamble can enjoy several engaging activities.

In 1993, Century Casinos signed a management contract for a riverboat casino in St. Charles Parish in Louisiana. However, the proposal did not go through because parish officials denied it. In 1995, the developer for Century Casinos bought out its management agreement for $4 million. The riverboat casino moved to Isle of Capri casino in Lake Charles, Louisiana. The following year, Century collaborated with Alpine Gaming, the parent company of the Long Branch Saloon and Casino in Cripple Creek, Colorado. Once the merger was finalized, the casino was renamed Legends. Century also purchased Womack’s Saloon and Gaming Parlor, located adjacent to Legends, in 1996, for $13.5 million.

Century Casinos are based in the United States with sites in Canada and expanded to Vietnam in April 2018. Century Casinos has a 67% in Casinos Poland, a company that operates and owns seven casinos in Poland. Century also owns many resort locations, many of which are family-friendly.