In a continuing crackdown on gambling, Vietnamese authorities have broken up an online gaming ring worth approximately $26 million. They also arrested 10 people. The Vietnamese officials stated that this series of gambling raids was just the beginning. They hinted that further arrests and prosecutions might be possible. 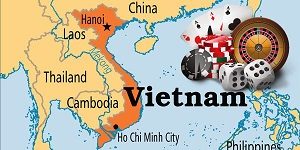 Like many countries in Asia, gambling in Vietnam is illegal. Despite this, there are a lot of people who enjoy gambling.

There is a long history of gambling in Vietnam. Vietnam has casinos that are for foreign tourists only. Most of them are close to Ho Chi Minh City or along the coast. Vietnamese citizens, however, cannot gamble in the casinos. Instead, they gamble in underground casinos and sportsbooks, which are raking in millions of dollars a year without paying taxes. The punishment for running an online gaming ring is a maximum of 10 years in prison.

Currently, Vietnam is at a crossroads. The country wants to attract foreign investors. But, in order to do that, many investors need to see that the country is able to generate capital. One way to attract capital is through foreign investment. Because Vietnam does not have much at present to attract foreign investment, it needs to find a way to do so. Opening up the casinos to everyone, including its citizens, would be a good way to attract global investment capital. That would mean the country could take in additional revenue. The government has stated that it is looking at easing the restrictions with regard to sports gaming. It has looked into granting provisional licenses to gaming houses as well.

Acting on a tip, and after weeks of observation, the Vietnamese authorities raided several houses across multiple cities. Police confiscated two rifles and $20,000 in cash. Authorities also confiscated several cars and mobile phones. They believe the suspects used these not only in the gambling ring but also during an illegal loan sharking ring. Often, these two ventures had the same customers. The ringleaders had several sportsbooks and gambling websites running. The websites featured casino gambling. The ring, largely based in central and southern Vietnam, had only been in operation for a couple of months. Police identified the leader of the ring as Huynh Quoc Viet.

While this raid was large, police have suggested that an even larger raid might be in the works. The information they received from sources found on the website may lead to another raid in the same area. If this raid occurs, it will probably seize nearly a half-billion dollars and involve more than 100 people. Again, it will probably be in the central and southern parts of Vietnam. While there were no police officers involved in the current raid, the next one will involve current and former officers.

The latest raid highlights the problem in Vietnam. The online raids are in houses and apartments in central and southern Vietnam. These are the poorer areas of the country. The poverty motivates many people to commit crimes, such as gambling, in order to get money. These people are vulnerable to online entrepreneurs who tell them they can make money by running an online gambling group. Most of the time, the leaders of the groups are offshore where Vietnamese laws cannot touch them.

The people getting arrested in the country are Vietnamese, and they keep their mouths shut about their funding sources. Illegal gambling in Vietnam will most likely continue. That is until it is either legalized or until people decide it’s no longer fun to gamble illegally. No one is sure when either will happen, though.