This is the personal story of Scott Davies.

Davies was at the height of his fame as a soccer player with Reading’s first team in the Premier League. Then, gambling took over his life. His struggles, however, have been a huge help to other people who have also had issues with gambling.

The Beginning of Gambling for Davies

Davies stated he began gaming when he was 16. This was around the time he moved out of his parents’ house to live and train in Reading with the youth team. His initial salary was £65 per week. Even though he was underage and wasn’t winning anything, he started going to bookmakers in order to double his money. Davies gambled so much of his money away that he couldn’t afford to pay for the bus home from practice. This took a toll on his physical health.

The Struggle that Intensified the Gambling Problem 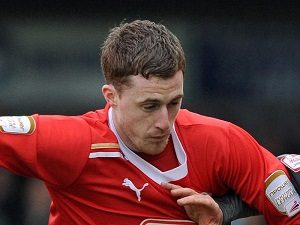 In late 2006, after he signed his first professional contract with Reading, he got into a dispute over gaming. He was beaten. He was told to leave the Reading team and was loaned out to another team. He started to play poker on the team bus with his new teammates in order to fit in, but he began to lose more money. After he lost £2,600 to a teammate, he asked his parents for help. They agreed to help, and he promised not to gamble again. In reality, however, he never stopped.

Davies played well the year he was with Aldershot, and he was rewarded with a new contract that quadrupled his salary. However, his monthly salary lasted a few days. He was gambling on everything from roulette to soccer – which he was allowed to do. His parents took his bank card from him, but that didn’t stop him.

Davies hit rock bottom when he was more than £260,000 in debt. He had gambled away his entire salary, and his team found out he was betting on soccer. They reported him to the football association, and he was subsequently banned for life.

The lowest point in Davies’ life, he said, was when his mother told him he had to go into rehab. She told him his gambling had made her sick and had put a strain on his parent’s marriage. He considered suicide. When Davies went into rehab, he said it saved his life.

Davies was asked to speak about his experiences with gaming and playing sports after he had spent six months without gaming. Davies began telling his story to players all the way up to the Premier League to help those who may be having the same experience. Several people have come up to him after he began sharing his story, and he has guided a few players into rehab.

Now, the 30-year-old works with an agency that specifically targets players while they are young. The purpose is to get them to think about what constitutes safe gambling and the consequences of gaming to their lives and careers. Unlike others who have spoken on the issue, Davies had a gambling addiction and came out of it stronger.

Davies was asked what football leagues should do differently to help people who may have an addiction to gambling. He stated the most important thing is this: Young players just starting out need someone to talk to especially if they are having an addiction issue. In addition, he believes players need to be warned about the dangers of gambling from the time they sign with a youth league.