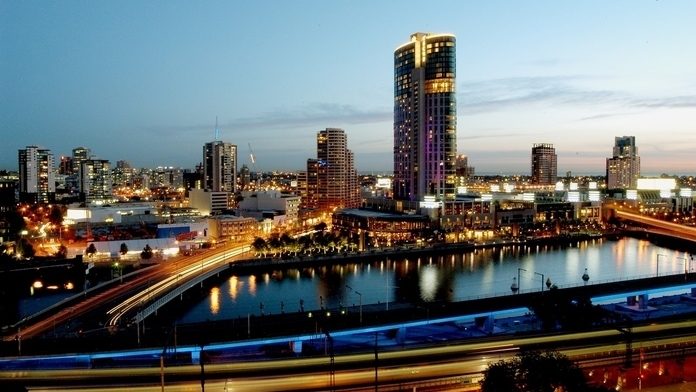 The number of problem gamblers in Australia continues to increase. With a staggering total of 200,000 slot machines, Australia is home to 20% of the machines worldwide, which puts Australia in the lead for having more slot machines per person than any other country worldwide.

This past year alone, losses hit an all-time high with gamblers having spent a total of AU$24billion collectively, according to information collected by the Queensland state government.

It was also found that more than 50% of these losses were produced from slot machines at bars and clubs across the country. According to information provided by Charles Livingstone, a gambling researcher at Monash University in Melbourne, each person spends an average of AU$1,300 on gambling every year.

Tim Costello, spokesman for the Alliance for Gambling Reform, suspects that stress from the risky habit is a major cause of the 400 suicides committed each year in Australia, a statistic that is backed by the Australian Productivity Commission. Costello feels the machines are to blame, as they are “built for addiction” by triggering the release of dopamine in the brain, ultimately causing customers to become addicted.

While for some the machines symbolize a fun and harmless accessory in a social setting, to others they are a symbol of pure thrills, an intense rush, and an entryway to a world where they can’t lose. Costello told BBC that addicts “describe entering a zone where their problems dematerialize- it completely neutralizes anxiety.”

This certainly explains the high rate of customers who are, or become, addicted. One woman attending Gambling Anonymous in Sydney describes her experience in the world of gambling as “financially straining.”

“I am 19 years old. I only recently came into the world of gambling”, she told the BBC. “Financially it has been really straining because you obviously lose more than you win.”

Gambling addictions in the country don’t stop at slot machines; addictions are just as bad, if not worse, online. According to Tim Costello, slot machines, or “pokies,” are targeted towards middle-aged women, while online sports betting is targeted more towards younger men.

“Pokies target middle-aged women who are invited to go to a club, dress up and someone opens the door for you and you just sit there and devastate your life,” he says. “Sports betting targets young men and that’s a rapidly growing area of addiction.”

Costello couldn’t be more accurate, as the Australian Gambling Research Centre found that with sports and race wagering being the dominant forms of interactive gambling in Australia, interactive gamblers are more likely to be younger males.

However, Anthony Ball, from Clubs NSW, feels differently, saying that most online players did so responsibly, adding that gambling rates have declined.

“There’s a small fraction of the population that doesn’t and we’ve been committed to looking for ways to help people who do have a problem to help themselves.”

A Chance to Move Forward with Self-Exclusion

This year, Australia plans to begin a national exclusion register which gives gamblers the opportunity to prohibit themselves from various gambling apps and websites online. It’s reported that about 200,000 Australian gamblers are deemed as having a “high level” gambling addiction, whereas about 400,000 continue to battle a “lower level” addiction.

The goal of exclusion is to help those who are addicted and those who may be prone to addiction. Overall, the cause will essentially “help protect vulnerable members of the community” says a spokeswoman with Responsible Wagering Australia.

There are some doubts surrounding self-exclusion programs since some gamblers on the lists return to casinos. Some feel counseling is also needed for gamblers to stop the addiction.

However, casinos say the programs work. Casinos also do their part to ensure people on self-exclusion lists are removed from the premises, as The Star Casino in Sydney has done over the past year.

“In the past year our staff detected nearly 500 excluded customers on the main gaming floor and a further 100 were refused entry into the casino.” The Star also adds that it’s up to those on the lists to make the right decision to stay away from casinos.