The continuing investigation into the activities of Steve Wynn and the Wynn casino empire has had far-reaching ramifications. The head of the Massachusetts Gaming Commission resigned recently. He allegedly made a biased comment about the former CEO and owner of Wynn Resorts.

The Allegations against Steve Wynn 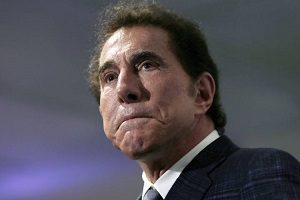 Steve Wynn has spent his life in the casino business. He took over his father’s failing bingo parlors on the East Coast. He turned them into a money-making business within five years of his father’s death. Wynn developed the properties as well, first along the Eastern seaboard, and, then, in Las Vegas. He had an idea to create ultra-luxury casinos in Las Vegas. He is responsible for developing several luxury casinos in Nevada. Some of these include the Golden Nugget, the Mirage, Treasure Island, and the Bellagio. He also created one in Mississippi (Beau Rivage). Through the company he founded in 2002, Wynn opened the Wynn Las Vegas and a Wynn property in Boston. He also opened Wynn Macau, which was the first of his two casinos in the autonomous territory.

Wynn enjoyed a reputation as a tough businessman, but also as a charitable man. He was famous for his art collection. In early 2018, however, Wynn gained notoriety for something else. Dozens of women accused him of sexual misconduct. They claimed he sexually harassed them while they were employees of his. The charges include sexual assault and rape. While he has denied the allegations, Wynn stepped down as CEO of his business in February. However, because the sexual allegations span across properties owned by Wynn or his company, there are investigations in many states.

The Massachusetts Gaming Commission is responsible for enforcing the gaming laws in the commonwealth. It oversees the regulation of casinos and race tracks in Massachusetts. The commission also oversees tribal gaming. The gaming commission has oversight of a gaming fund that gives money to treatment services that help gambling addicts. It also helps to fund community resources that aid in the prevention of problem gaming.

Allegations of Bias and Resignation 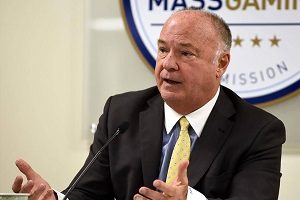 The gaming commission had a long-time chairman, Stephen Crosby. Crosby has been the head since 2012. Crosby, who was formerly a dean of the University of Massachusetts, has been the subject of much criticism. The criticism started after the commission awarded a Boston-area casino license to Wynn Resorts. Crosby has been friends with Wynn for a number of years. Many people raised their eyebrows when the commission awarded a license to Wynn Resorts so it could build a casino.

However, what sealed Crosby’s fate were the interviews he gave to newspapers about Wynn following the sexual assault allegations. In interviews with the media, Crosby said that he was sure that Wynn was innocent. Crosby has every right to say nice things about his friend if he were a private citizen. However, in his role as the head of the Massachusetts Gaming Commission, some people considered the comment to be prejudicial.

After numerous calls for his resignation, Crosby abruptly resigned. The new head of the agency is Gayle Cameron. She was formerly the head of the Investigations Department of the New Jersey State Police. The branch had authority over regulation and enforcement of the casino laws in the state. The commission hopes to recover from the taint of the allegations against its regulation and licensing of the new casino. However, the investigation into Wynn and Wynn Resorts’ handling of the sexual assault allegations is continuing to move forward. It’s possible Crosby may find himself brought into the continuing investigation of the licensing of the Boston-area casino.