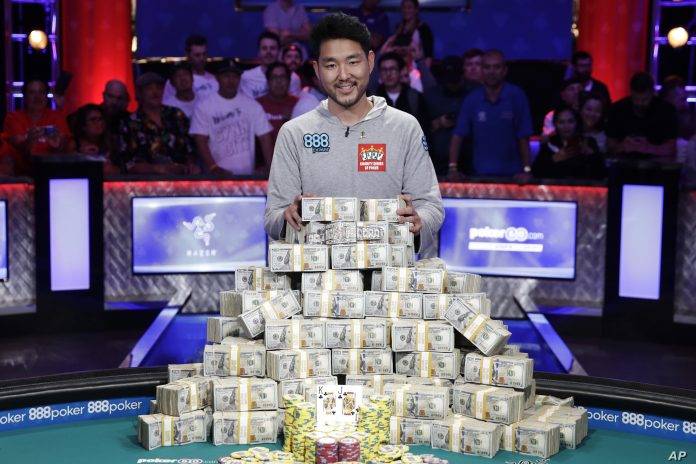 The 50th edition of World Series of Poker commenced on Tuesday in Las Vegas. The festival kicked off with dozens of scheduled card tournaments as well as a special event to mark the 50th run of the series known to create millionaires every year.

As usual, the seven-week long poker fete is set to attract thousands of players seeking a piece of the estimated combined prize pool of over $200 million. The series’ 89 championship has buy-ins ranging from $400 to $100,000.

Special Event to Mark the 50th Run of the Series

Owner Caesars Interactive Entertainment has put in place a special event as well as an awards ceremony to celebrate the milestone. The special event comprises a rake-free tournament with a $500 buy-in that has a guaranteed prize pool of $5 million.

The company is also allowing people to elect outstanding players who will be recognized at the ceremony. Seth Palansky, the tournament’s representative said that this was the absolute way to make people a part of the entire festival. He added that being the 50th year, it is a good year to reflect back on the journey both poker and the World Series of Poker have taken throughout the years. This way the players, as well as the fans, will decide the most notable moments in the 50 years.

Voting will take place in 7 categories including the series “favorite bad boy,” fan favorite player and also the four most important players in the history of the tournament. There will also be a panel that will come up with a list of the 50 greatest poker players.

How it all started?

Considering how huge the festival is today, it’s hard to imagine that when the World Series of Poker began, the entire city of Las Vegas had less than 50 poker tables. The host casino, Binion’s Horseshoe, didn’t even have a poker room.

Benny Binion, a poker icon and the Horsehoe Casino patriarch is widely credited with coming up with the format for the championship. In 1970, Binion started the series as an invitation-only event. The poker that came to decide the world’s first poker champion was held inside an ordinary hotel room-sized alcove. While around 30 gamblers squeezed themselves in the alcove around a few poker tables, little did they know that they were making poker history. Johnny Moss was declared the winner and was awarded a trophy, which arguably makes him the world’s first poker champion.

The Rise of Poker Popularity in Recent Years 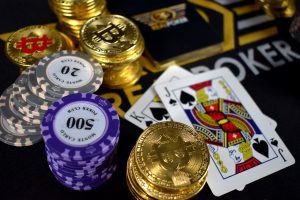 The year 2003 saw an increase in the popularity of poker in the United States when Chris Moneymaker entered a poker satellite contest worth $39 million. He won an entry to the series’ main event dubbed the no-limit Texas Hold ‘Em and won taking with him $2.5 million. In the process, he inspired other amateur players.

Last year, there was a record of 123,865 entrants in the World Series of Poker tournament. At least 18, 105 participants got a share of the prize pool of over $266 million with 28 of them earning at least $1 million. The main event was won by Indianapolis resident John Cynn who played over 440 hands at the final table and took home $8.8 million.

Palansky cited the organizers’ openness to change and feedback from players as the reasons why the tournament keeps getting stronger.

This year, the series will run through to July 16. It will be held at the Rio All-Suite Hotel and Casino, which is located at the west side of the Las Vegas Strip. Champions will not only take home gold bracelets, but also tons of money.

The main event will start on July 3 with a buy-in stake of $10,000. PokerGO and ESPN will once again provide live coverage.