A new general manager has been hired for the Arizona Charlie’s Boulder and Decatur locations. 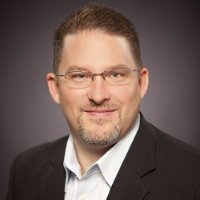 Golden Entertainment made an announcement of the change in management for its Arizona Charlie’s Decatur and Boulder locations. Mark Seligman is now general manager for the two establishments. Seligman is a veteran in the gaming industry. He has 20 years of experience in managing gaming operations. According to the Las Vegas Journal-Review, Seligman was once in charge of supervising the Station Casinos and Warner Gaming property. Ron Lurie who is presently the GM at the Decatur location will stay at the establishment in a development and community relations position.

The hiring follows Golden Entertainment’s purchase of American Casino & Entertainment property last October. This also included both the Arizona Charlies Decatur and Boulder locations. The $850 million transaction also came with the Stratosphere hotel, which is in Las Vegas.

Crowd-Pleasing Features in Both Locations

Both Arizona Charlie’s establishments, which are each in Las Vegas, are loaded with amazing features that are perfect for any patron. According to the Las Vegas Journal-Review, the Arizona Charlies Decatur location consists of a 56,8000-square-foot casino with 12 game tables that offer craps, roulette, pai gow, and blackjack. There are also 840 slot, poker, and video machines, five restaurants, 258 guestrooms, a 4,500-square-foot ballroom, and three lounges and bars, as well as a poker room with two gaming tables, a live keno lounge, and a race/sportsbook lounge.

The Boulder location is similar in its features. it also has in its 35,000-square foot gaming area 840 slot, poker, and video machines, 301 guestrooms, a 24- hour bingo room, seven gaming tables that offer pai gow, craps, and blackjack, a race/sportsbook, an RV park, three lounges and bars, and four restaurants. 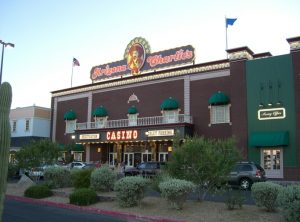 The Decatur location experienced a bump in the road after an incident occurred last year at the establishment. The incident resulted in the death of two security guards. The guards went to check the cause of a commotion that has taken place in one of the hotel rooms. They were both shot. The occurrence took place sometime before 7 a.m. The suspect fled the scene but was later found by authorities.

The incident happened just months after the Las Vegas mass shooting. Events, such as the mass shooting, have caused a wave of alarm throughout the casino industry. Some establishments have started to take more drastic measures to ensure the safety of their guests, as well as have tightened security. Some casinos, however, have taken it a step further by implementing drills, such as the Galaxy Macau in China.

The drill, which was named “Wolf Capture,” simulated an armed robbery and hostage situation. The drill took place last month between 1 a.m. and 5 a.m.

The goal of the drill was to enhance communication between security and law enforcement while also building a structured game plan should such an occurrence ever happen. The drill, which lasted a total of two hours, was an overall success. The simulated drill was performed in the wake of the Las Vegas shooting, in which 400 people were injured and 58 were killed.

In the state of Nevada, a person can openly carry a firearm. However, certain gambling establishments in Las Vegas have the right to deny entry to patrons who have a firearm, if management feels it is necessary. However, ex-detective Patrick Bronson feels that certain security measures, such as searching people’s belongings or making them pass through a metal detector may “serve as an unmasking mechanism,” and cause customers to go elsewhere. Ultimately, though, Brosnan does not have much faith in security measure such as those because they would only be aiming to “prevent the unpreventable.”