It appears the state of Louisiana has a gambling problem—or, maybe, it is only its postal workers. Last week, the latest of four postal workers involved in a crime pleaded guilty to misappropriation of funds. All four either stole postage or mail from the post offices where they worked. The level of spending on gambling has led many officials to discuss the issue. They believe there are lax accounting procedures at the post offices.

The Most Recent Guilty Plea 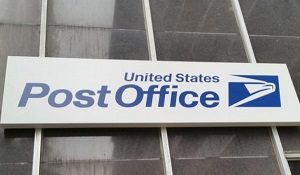 Last March, Jacqueline Batiste was an employee in a post office in the Bywater area of New Orleans. The post office is in between the Ninth Ward and the French Quarter. She was a supervisor on her postal shift. She was responsible for taking the daily receipts to deposit at the main post office registry. However, acting on a tip from someone who worked in the post office, postal inspectors began to investigate Batiste. She admitted to stealing at least $1,200 in post office deposits. She used the money to gamble at casinos in New Orleans. Harrah’s, one of the largest casinos in the state, is less than 5 miles from where Batiste worked. Inspectors believe the amount of money Batiste stole may have been larger. However, they could only prove she stole $1,200. She faces up to a year in jail, as well as a hefty fine.

Two Other Postal Charges at the Same Time

At the same time authorities arrested Batiste, they also arrested two other women on postal theft charges. Bria Davis worked at the post office in Slidell, a suburb of New Orleans. She didn’t steal money from the post office directly. However, she did steal mail containing gift cards, checkbooks, cash, and checks. At the time of her arrest, investigators found additional stolen mail in her vehicle. Sources said Davis also admitted to having a gambling problem.

The other woman arrested for mail theft, Courtney Duplessis, worked at the Elmwood Station, which is close to the New Orleans airport. Duplessis also had more than 50 pieces of stolen mail in her car at the time of her arrest. She used cash, checks, and gift cards for herself, and investigators speculated she used the money for gambling. Neither Duplessis nor Davis has pleaded guilty. They will go to trial. 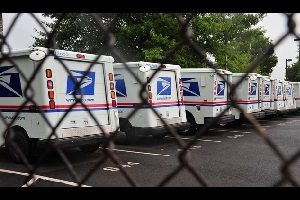 While the authorities arrested these women for stealing money, they are small fish. The scale of the women’s theft is nothing compared with one of the largest postal thefts in history. This theft occurred at the Kenner Post Office, also in a suburb of New Orleans, last year. Police charged Ryan Cortez, who was the manager for customer service, with misappropriation of funds. Postal officials say Cortez stole more than $630,000 in stamps from the post office in five years. He sold the stamps online. Then, he used the money to fund his large gambling habits at casinos in New Orleans.

Cortez came under investigation when both PayPal and eBay notified postal inspectors about something strange. They said one account was selling large quantities of postage stamps online. An investigation found Cortez had increased his orders for the post office by $600,000.

Gambling has been a part of life in Louisiana long before it was legal. In fact, many of the first settlers came to Louisiana after being booted out of France for gambling. Riverboat gambling was popular through the end of World War II. There were saloons in the red-light district where poker was more popular that the women of the night. However, the federal government doesn’t take lightly to its employees taking its funds to feed their gambling habits.